Silverstone GP2: Nato takes maiden pole but is under investigation 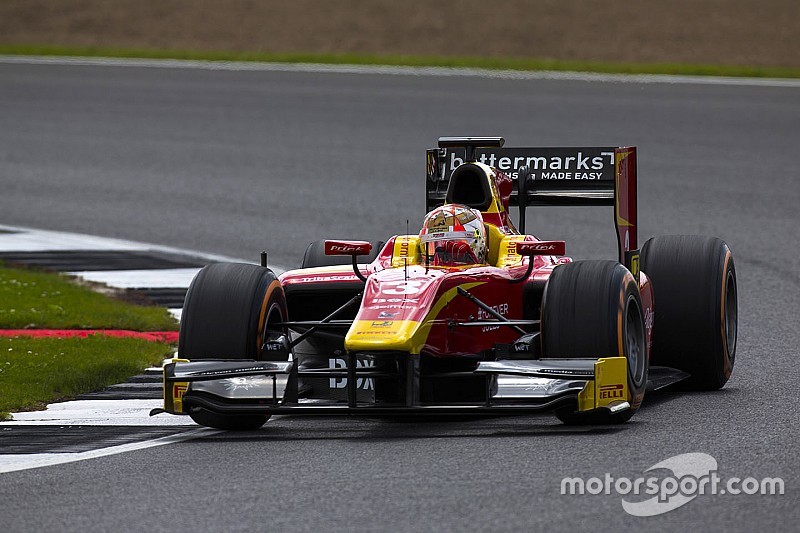 Red Bull junior Gasly lapped in a time of 1m38.216s when the session was stopped after Oliver Rowland's MP Motorsport car came to a halt at Turn 4.

Just as the lights changed at the start/finish line, Nato set his benchmark time and is under investigation as a result.

Gasly improved on his final run, going purple in the middle sector, but fell short by 0.225s to Nato's time to register a front row start.

ART's Sergey Sirotkin qualified fifth but is under investigation for failing to stop at the weighbridge.

Should he be found guilty, the Russian can be excluded from the results and start from the back of the grid.

The Renault academy driver was able to hold on to his 10th place despite missing the last five minutes of the session.

Apart from Rowland's stoppage, the session had an earlier red flag when Nabil Jeffri's Arden car stopped at the back straight.

Luca Ghiotto's session also had a premature end as his car developed technical issues in the beginning of the qualifying.

Nobuharu Matsushita, who is returning from his one-weekend ban, only managed 12th, with Williams development driver Alex Lynn ending 17th after his car suffered performance issues due to suspected chassis problems.

Carlin's Sergio Canamasas finished 14th but will drop three places after a receiving a penalty for unsporting behavior during practice towards Rowland.