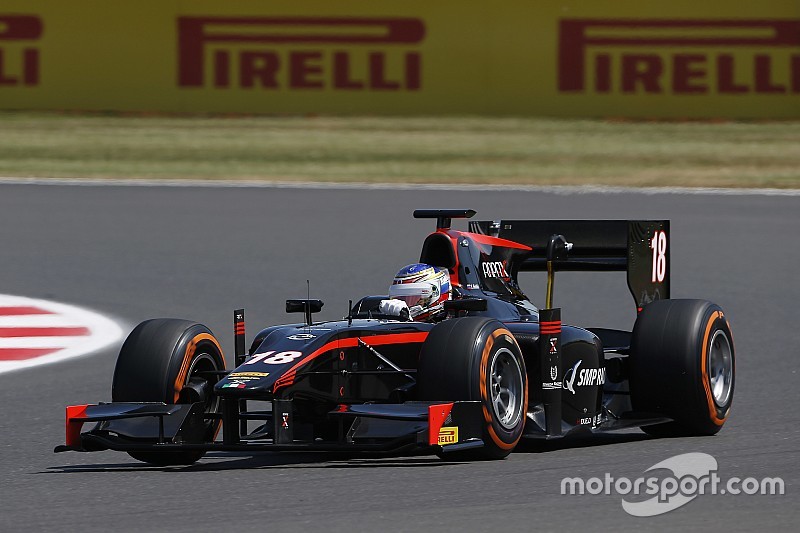 Vandoorne, who had arrived at Silverstone with seven poles from the last eight GP2 qualifying sessions, led the order after the first set of flyers, with Sirotkin a tenth off.

The Belgian improved with his second effort, taking the benchmark to 1m40.134s, albeit Sirotkin bettered his own time as well and remained close behind.

The rest of the field were at least four tenths down at the half-session point, headed by star newcomer Oliver Rowland as several of the usual frontrunners had their best laps scuppered by yellow flags for MP's Daniel de Jong.

The battle between Vandoorne and Sirotkin continued as the flying laps resumed late in the session and, when the McLaren junior ruined an effort with an off in sector three, the Russian took to the top by a tenth and a half.

With none of the other contenders in with a hope of challenging the duo, both Vandoorne and Sirotkin got one more chance as the chequered flag flew – but while the Belgian couldn't improve, Sirotkin took another couple hundredths off to cement his career-first GP2 pole.

A last-second improvement saw Richie Stanaway shuffle Alexander Rossi down to fourth place, ahead of an all-French row three of Arthur Pic and Pierre Gasly.

Practice pacesetter Rio Haryanto was out of sequence due to missing the early runs with a seeming mechanical issue and could only manage 15th.

Hilmer's GP2 returnee Jon Lancaster, who claimed a win for the German team at Silverstone in 2013, had to sit out the session as a necessary engine change could not be completed in time.