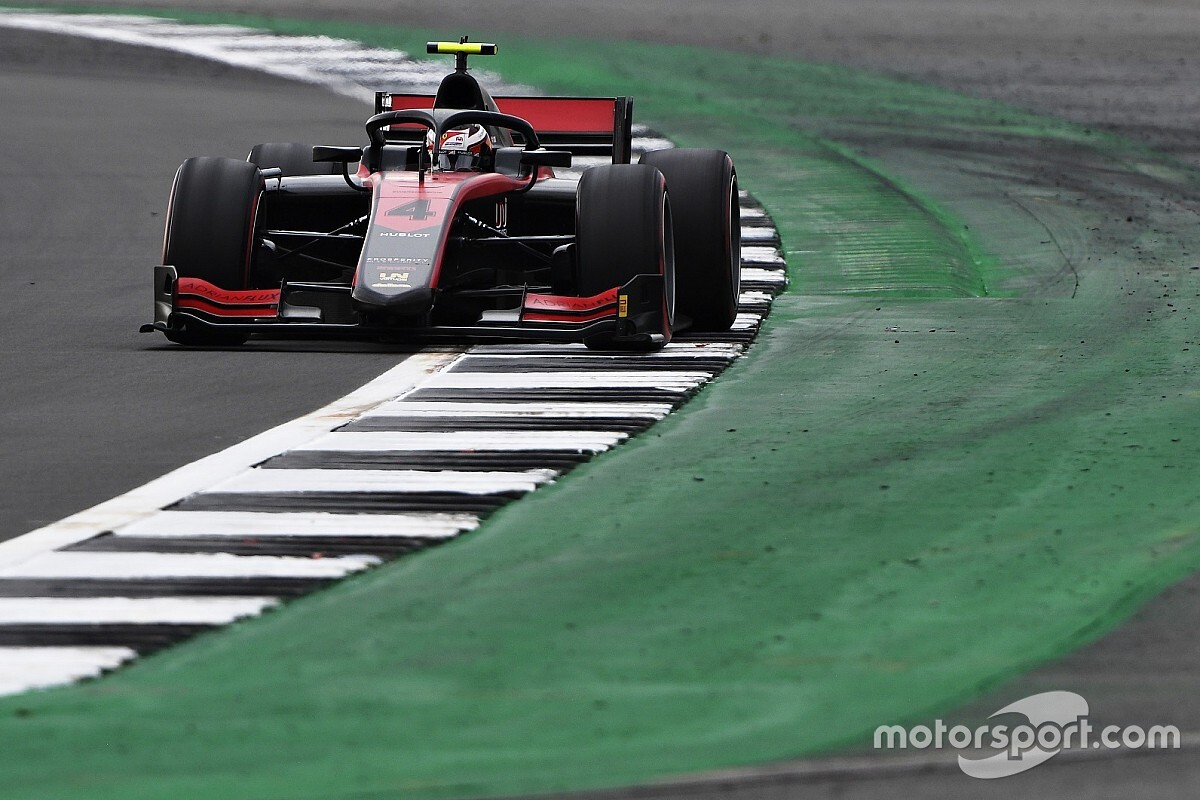 Ferrari junior Callum Ilott became the first repeat polesitter of the 2020 Formula 2 season after topping qualifying for the second weekend at Silverstone.

Virtuosi’s Ilott claimed his second pole of the year with a 1m39.062s lap, which denied Renault junior Christian Lundgaard his maiden pole position by just over a tenth of a second.

Lundgaard put ART Grand Prix at the top of the timesheets after the first qualifying runs, but Ilott was able to displace the Danish driver with an impressive late effort.

Ex-Red Bull junior Ilott languished down in 12th place after his opening run, but found over six-tenths on his second run to rise to the top.

His pole position was confirmed when DAMS’ Sean Gelael spun at Copse and brought out yellow flags that denied the likes of Ilott’s teammate Guanyu Zhou – who had set the fastest first sector – a chance at completing their laps.

Ilott was forced to start from the pitlane in last Saturday’s feature race at the circuit when he stalled from the front row at the start of the formation lap.

He battled back to fifth place with a damaged car and would have taken the championship lead on the next day, had he not spun out of second place in the sprint race.

Series rookie Lundgaard will start from the front row of the grid for the first time in his short F2 career, while Williams F1 reserve driver Jack Aitken will line-up from a season’s best third place.

Series veteran Luca Ghiotto was fifth fastest for Hitech Grand Prix with his 2019 teammate Zhou rounding out the top six.

Ex-Force India tester Nikita Mazepin will line-up seventh on the grid at the circuit where he took a dominant first F2 win last Saturday.

Ferrari junior Mick Schumacher topped practice for the first time, but could only manage eighth place on the grid after running slightly wide at the exit of Becketts on his final flying lap.

Lundgaard’s ART GP teammate Marcus Armstrong slumped to 19th in the session, with his fastest time over 1.2s adrift of Ilott’s benchmark.