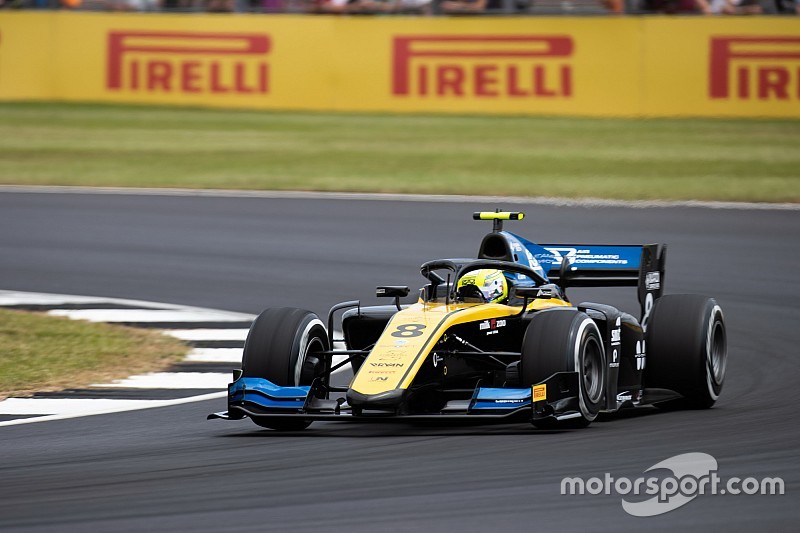 The drivers had to deal with uncertainty from the off, with a shower during the Formula 1 free practice session washing away the rubber from the newly-resurfaced track, although the track was almost dry by the time the F2 cars took the circuit.

A number of drivers took turns at the top early on, but McLaren test and development driver Sergio Sette Camara was the first to set a proper benchmark with half an hour left.

Ghiotto’s barnstorming lap came just before most drivers pitted, and he went 0.4s quicker than anyone with a 1m39.166s – a time that would have been good enough for pole last year.

Ghiotto's rivals re-emerged from the pits with around 15 minutes to go, but DAMS driver Latifi could only get within 0.115s with his flying effort, while Ghiotto’s teammate Zhou, who was one of the only drivers to improve late, worked his way first to 0.3s off Ghiotto and finally 0.161s.

Points leader Nyck de Vries (ART) appeared a step behind the frontrunners as the Dutchman ended up over half a second off Ghiotto’s best, ahead of Arjun Maini in his second outing for Campos and Carlin driver Deletraz.