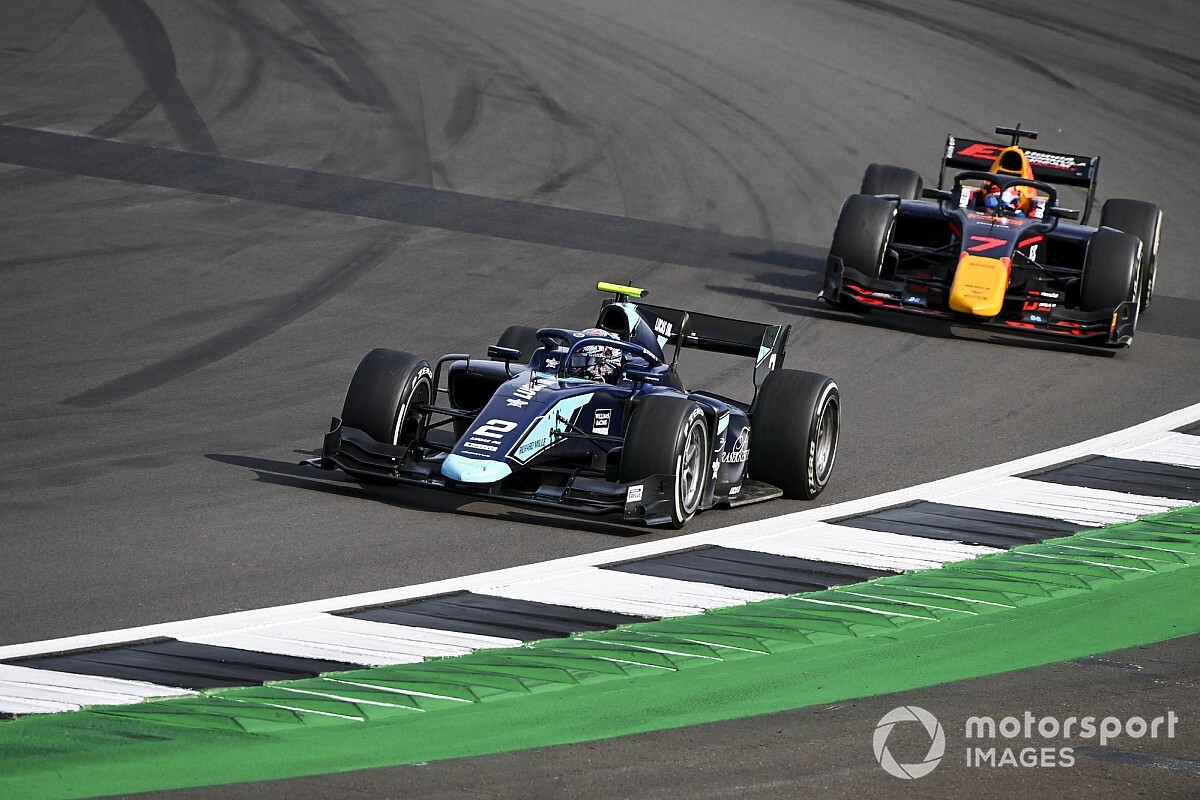 Formula 2 driver Dan Ticktum has responded to criticism for his radio messages during Saturday’s Feature Race at Silverstone, saying his words were “taken out of context”.

Ticktum was heard fuming over team radio after claiming he nearly had a collision with Haas Formula 1 junior Louis Deletraz when battling for position.

“Next time that **** pulls a kamikaze move like that, I’m going to crash with him, I tell you that,” Ticktum said to his engineer.

“I will never give him that much respect ever again.”

Ticktum went on to finish the opening F2 round of the 70th Anniversary Grand Prix weekend in 15th place for DAMS after slipping through the field amid struggles with tyre degradation.

The video clip of the incident and the radio call went viral on social media following the race, leading to a wave of criticism against Ticktum for his comments.

But the former Red Bull junior driver moved to clarify his message and stress that it had been taken out of context, and that he was not interring he would deliberately collide with Deletraz.

“Very frustrating race for me today,” Ticktum wrote on Twitter. “Unfortunately the tyre degradation is unpredictable and we lost out.

“I also want to clarify that one of my radio messages has been taken out of context.

“I gave a lot of space, had I not done, we could’ve come together. In no way did I mean I wanted to crash with him.

“Thank you to the team for always standing by me and I look forward to a better race tomorrow.”

Ticktum previously served a one-year ban from racing after deliberately crashing into another car behind the safety car in a MSA Formula race in 2015.

After returning to motorsport in 2016, Ticktum went on to win the Macau Grand Prix twice, and spent a brief spell as part of Red Bull’s F1 junior programme.

The Briton graduated to F2 for the 2020 season, scoring his first win in the category in the Silverstone Sprint Race in support of the British Grand Prix.