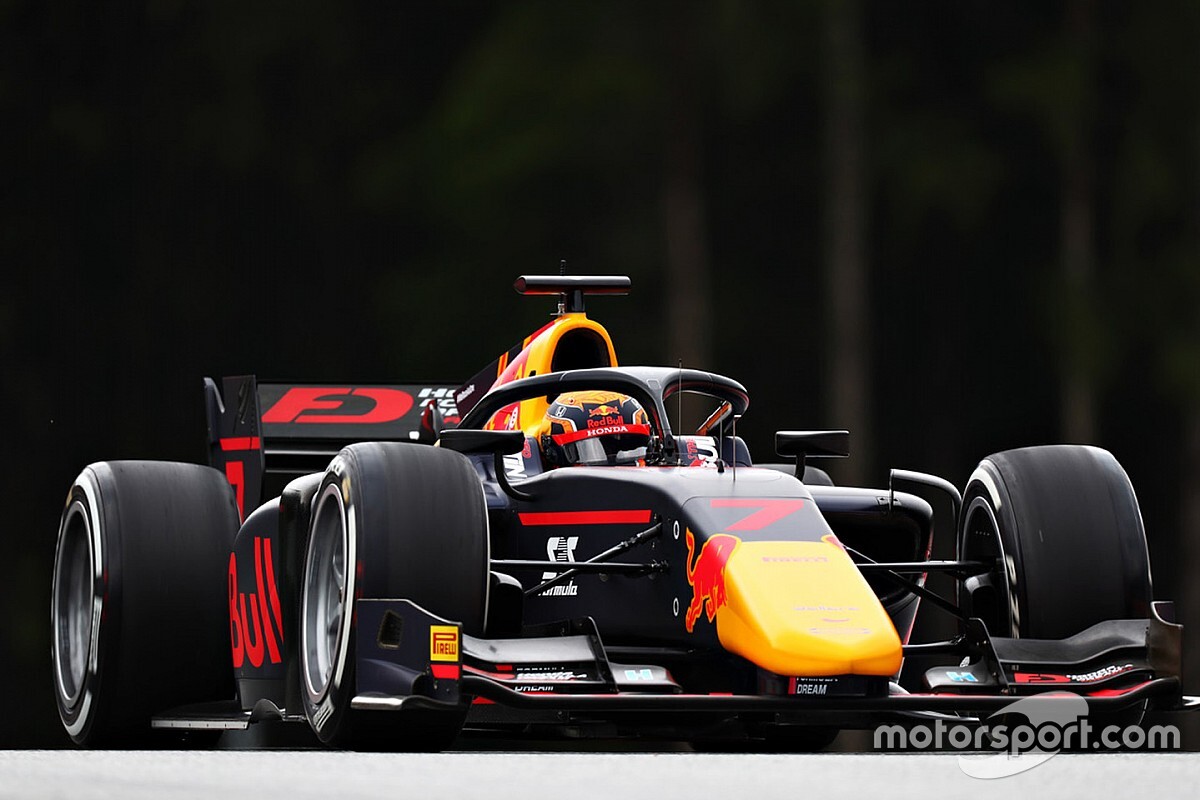 Red Bull and Honda junior Yuki Tsunoda sprung a surprise to go quickest in the Formula 2 free practice session at the Red Bull Ring on his competition debut in the category.

The promising Japanese driver, a race winner in the FIA Formula 3 Championship last season, joined the session late as the Carlin team rushed to rectify an engine problem.

Tsunoda had just jumped to the top of the times, just before half an hour of the 45 minutes had elapsed, when the session was red-flagged because Marino Sato had spun into the gravel trap at the Turn 6 left-hander.

At that point Tsunoda was 0.054 seconds faster than F2 veteran Luca Ghiotto, who was giving the Hitech GP squad its debut in F2.

After the restart, with 13 minutes remaining on the clock, none of the top six times changed as everyone remained on the hard-compound Pirellis throughout the whole of the session.

A brace of Renault F1 juniors was next, with Guan Yu Zhou fourth as he continues for another season with Virtuosi, and F2 rookie Christian Lundgaard fifth for ART, while yet another F2 newcomer – Felipe Drugovich – was a strong sixth with MP Motorsport.

Another Carlin Red Bull Junior, Jehan Daruvala, was at the top of the times early on, and he went eighth fastest as he makes his F2 debut.

Rounding out the top 10 were a couple of F2 old hands, with Sean Gelael ninth quickest in his DAMS machine and Louis Deletraz 10th with Charouz Racing System.

Prema’s Mick Schumacher looked good early on in the session, and had just jumped to the top of the times when a technical problem forced him into the pits, where he stayed for the remainder – he fell to 19th in the times.

Hitech may have seen Ghiotto go second, but its session began disastrously when Nikita Mazepin’s sister car was wheeled back into the paddock, from where it never emerged.