Renault Formula 1 junior Guanyu Zhou says winning the inaugural Anthoine Hubert Award for the Formula 2 rookie of the year was “emotional” and “incredible”.

Hubert passed away after a crash at Spa in August, and was on the same Renault Sport Academy scheme as Zhou for the 2019 season, and the pair became friends.

F2 decided to introduce the award for the top rookie in the championship, and the trophy features a star similar to that on Hubert’s helmet, and the French flag.

Zhou scored a pole and took the F2 lap record at Silverstone in the process, and finished seventh in the championship driving for the Virtuosi Racing team.

“It’s emotional, and it’s a huge pleasure to receive the first ever trophy in Anthoine Hubert’s memory for F2, for the entirety of motorsport, so it’s really nice to receive that and a big thanks to the F2 organisation,” Zhou told Motorsport.com.

“This year we had ups and downs but overall it was a successful year, overall we had a lot of potential, fighting for wins, podiums all the time. Getting the front row start.

“Overall it’s a good memory of this year and to finish off with this trophy is just incredibly nice.” 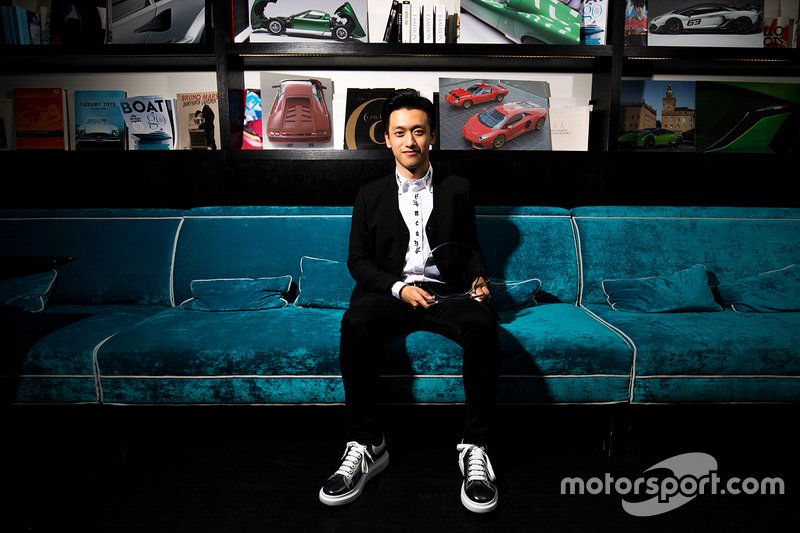 The award was given to Zhou by Hubert’s brother Victhor, who regularly attended races. F2 CEO Bruno Michel that Hubert would remain “part of our family”.

“He joined our paddock at the end of 2016, at the post season GP3 Series tests in Abu Dhabi and successfully raced in the category for two seasons,” said Michel. “He is our last GP3 champion – a truly worthy one.

“On his F2 debut season, he famously took two race wins, one in Monaco and another one on home soil at Le Castellet. He will remain the only rookie in 2019 who has achieved this. He finished 10th in the championship which speaks volume of his talent.

“We wanted to honour him and ensure that he is remembered fondly in every season to come. As such, we have decided to give this award named after Anthoine to the best rookie of the season, a title which I am convinced he could have fought for by this year’s end.”

Zhou has ‘no answer’ for recurring F1 anti-stall problems

F2 Imola: Vips romps to pole over Iwasa after stoppage