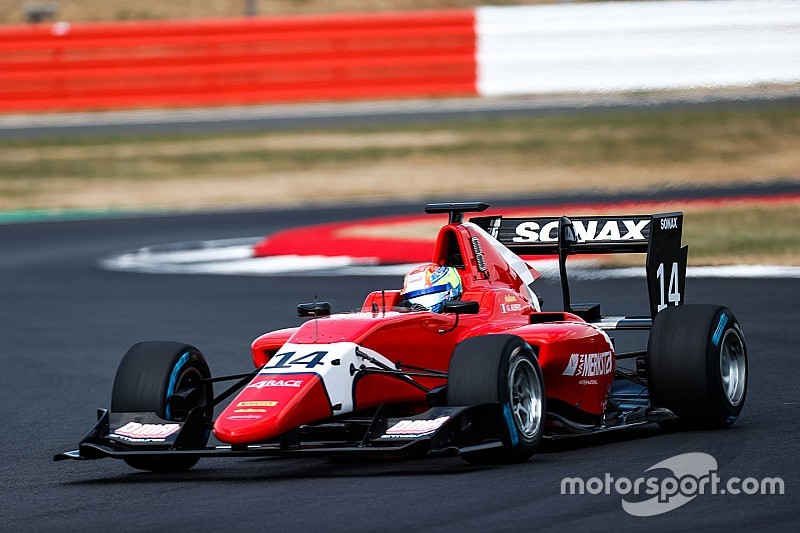 Gabriel Aubry has been penalised for making contact with fellow GP3 racer Tatiana Calderon in Saturday’s first race at Silverstone.

Arden driver Aubry tagged Calderon’s Jenzer machine on the exit of Luffield on the third lap, as Calderon found herself on the outside on the long right-hander, having attacked on the inside at the previous turn, Brooklands.

The Sauber Formula 1 test driver had all but completed the move when she was hit by Aubry’s front wing and sent into a spin.

Calderon was able to briefly continue until she stopped on-track with a throttle sensor issue, while Aubry was eliminated on the spot.

Aubry was found culpable for the incident, the Frenchman being handed a three-place grid penalty and two points on his licence. He will therefore start Sunday’s race from the back.

“I gave him room and I was on the outside for [Luffield],” Calderon told Motorsport.com. “I was already on the kerb and he still touched me, I spun and that was over.

“You can clearly see on my onboard his wing and where I was, I couldn’t have moved [over] more.

“It was really stupid, because he had the whole inside [part of the track] and the whole race to re-pass me, if he was quicker.”

Calderon is due to start 17th on the grid for Sunday’s second race, one place behind ART driver Jake Hughes, who failed to finish the opener due to a battery problem.

Julien Falchero and Juan Manuel Correa will start immediately behind, having been eliminated in an incident of their own at the start of the race.