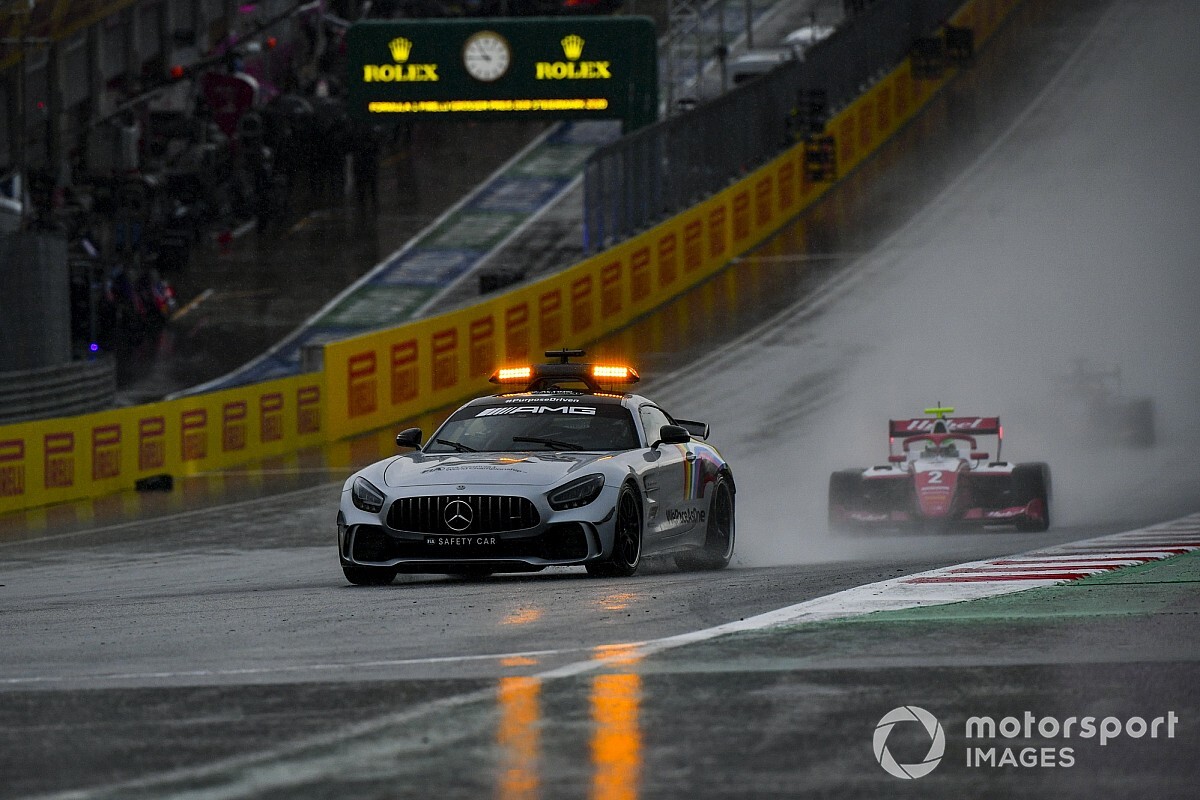 An increasingly wet Red Bull Ring meant the race was red-flagged and not restarted with 10 laps to go.

Danish ace Vesti maintained his race lead from his first F3 pole position on the opening lap, while Trident’s Lirim Zendeli had charged from sixth on the grid to second by Turn 1.

Zendeli pressured Prema’s Vesti on the run to Turn 3 on the first lap, but Vesti resisted and remained relatively unchallenged for the remainder of the race.

The first incident in the rain-soaked race came when Formula Renault Eurocup graduate Aleksandr Smolyar spun on the exit of the final lap and brought out the virtual safety car on the fourth lap of the race.

His ART Grand Prix-run car was recovered and the race resumed, only for a full safety car to be required three laps later when Carlin’s Clement Novalak picked up a rear-left puncture and was left facing backwards at the last corner.

Novalak was able to drive back to the pits and the race had two more laps of green flag running before the safety car was required once more.

Teenage Charouz signing Roman Stanek was beached in the gravel at the penultimate corner while ART’s Sebastian Fernandez was sent spinning into the barriers a few moments later after contact with Enaam Ahmed (Carlin).

The race was red-flagged while under this third safety car period due to the worsening weather conditions and the results were counted from the lap prior to half distance - having originally been taken from lap 12.

This meant series rookie Vesti earned his maiden FIA F3 victory and Zendeli claimed his first-ever podium in the series.

David Beckmann (Trident) took his first podium in the championship since it was rebranded from GP3, while Prema's Oscar Piastri claimed fourth place.

However due to the red flag, the results were backdated to the lap prior to Caldwell's overtake, meaning he had to settle for fifth place.

MP Motorsport's Richard Verschoor was another to fall foul of this, as he was running in sixth place when the red flags came out, but dropped to seventh place in the final classification.