The new FIA Formula 3 cars are set to race in Macau thanks to track changes being carried out at the iconic circuit. 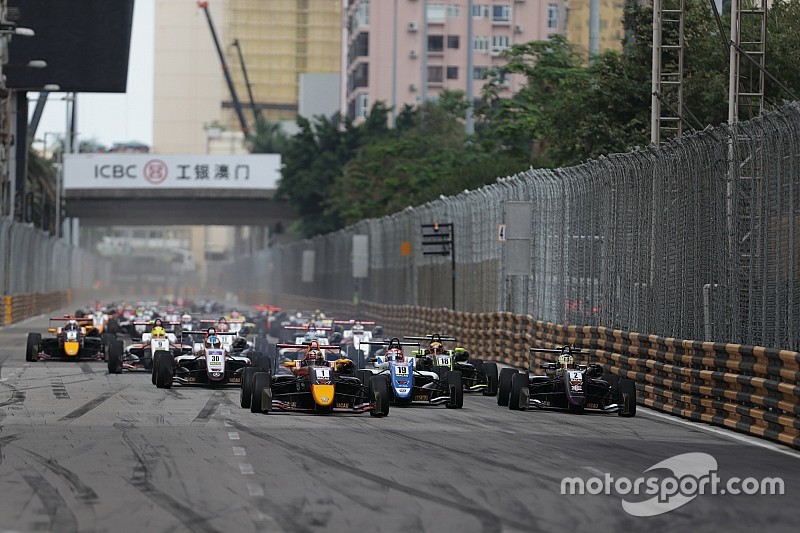 The FIA Formula 3 Championship, an amalgamation of the European Formula 3 and GP3 Series championships for 2019, was launched this year.

That meant the introduction of a new car, which is based on the old GP3 Series car, with the championship remaining an F1 support series.

Questions were raised over safety as the new F3 car is significantly faster in a straight line than the previous F3 car, but changes to the track to combat those concerns are scheduled.

In a statement released by the FIA F3 Championship which runs the cars, it said that "several updates [are] being made ahead of the 2019 edition including the re-profiling of the barriers at Lisboa corner".

The promoters of the event itself had said that they wanted the new car for 2019.

"The FIA F3 World Cup is one of the ultimate tests for young drivers, and we have worked hard to ensure it remains among the most prestigious events on the motor sport calendar," said FIA single-seater commission president Stefano Domenicali.

"We are currently enjoying a hugely competitive and hard-fought FIA Formula 3 Championship season, and the prospect of seeing this impressive grid line up in Macau is very exciting.

"These cars are more powerful than the previous iterations of F3, and have the latest safety features for single-seater machines.

"Couple this with the changes being made to the Guia Circuit this year, and I'm looking forward to a safe and spectacular FIA F3 World Cup."

FIA F3 series boss Bruno Michel said: "I am extremely pleased to bring the new generation F3 car to race at such a prestigious and legendary grand prix which is not part of the FIA Formula 3 Championship."

Michel had opened up the opportunity for Macau to run the new car by ending the FIA F3 Championship season in September at Sochi.

That will allow enough time for teams to secure drivers and travel to Macau for the non-championship race, where the previous Abu Dhabi season finale in GP3 could have complicated the logistics.

It has not been announced if the track has yet been homologated. Its previous homologation ran out at the end of 2018, and it needs an upgrade due to the higher power-to-weight ratio of the new F3 cars.

ART vows to learn from penalties for physio interference

Macau GP could feature DRS for first time in 2019