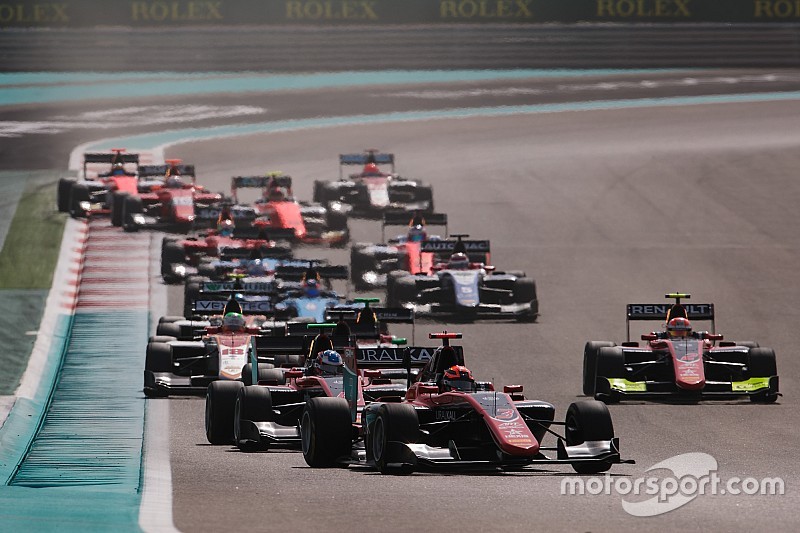 Drivers in the new FIA Formula 3 Championship will have unlimited DRS uses during the 2019 season.

Formula 3 cars have never used DRS but, because the new FIA series will replace the GP3 Series on the Formula 1 support package, the overtaking assist will be in unrestricted use in 2019.

In GP3, drivers were limited to six uses of DRS in the feature race and four in the sprint race.

Traditionalists have questioned the use of DRS, as the ethos of F3 has been to help drivers develop and not to provide induced overtaking.

"GP3 have it, GP3 limit the amount of usage during a race but we've done away with that [for FIA Formula 3], like F2 and F1, as long as they are in the one-second detection range," the FIA's Charlie Whiting told Motorsport.com.

"I think it doesn't make sense to not have it in F3 if we're running the cars on the same platform [as F1 and F2].

"There's no justifiable reason not to have it in my opinion."

New F3 boss Bruno Michel, who was in charge of GP3 and heads up Formula 2, said he believed it was a logical decision to retain the device for the transition from GP3 to F3.

"It was not a difficult decision to make, we wanted to make a car that creates fantastic racing," said Michel.

"This is our DNA, that is why they are watching it and know the drivers. They follow us."

Whiting accused GP3 organisers of having "non-existent checking measures" after the wrong software was uploaded to its cars before practice at Spa, while the new F2 car, introduced last year, had myriad problems - most notably with its start procedure.

The FIA had to mandate rolling starts for two rounds - at the Red Bull Ring and Silverstone - while the issues were fixed.

But Whiting said the FIA has full faith in Michel's organisation over the new F3 car, and had not mandated a minimum amount of testing before the car is delivered to teams.

"They've done a good job over the years," added Whiting. "We've been heavily involved in it [the F3 car], but mainly on a safety side.

"The power unit is from GP3 so we're not anticipating any difficulties there. The F2 car is the same engine but turbocharged, but it wasn't a very mature project by the time it made its debut.

"I think we've overcome most of the problems with that now.

"The main thing here [with the F3 car] is the safety, all the latest Formula 1 safety standards - zylon [protection] panels, headrests, frontal-impact tests - all those things we've learned from, have been incorporated on this car.

"We didn't want to reinvent the wheel because that car fits into the right category between the regional car and F2.

"They've restyled it, made it look a bit different, improved the safety and otherwise it's similar to the GP3 car." 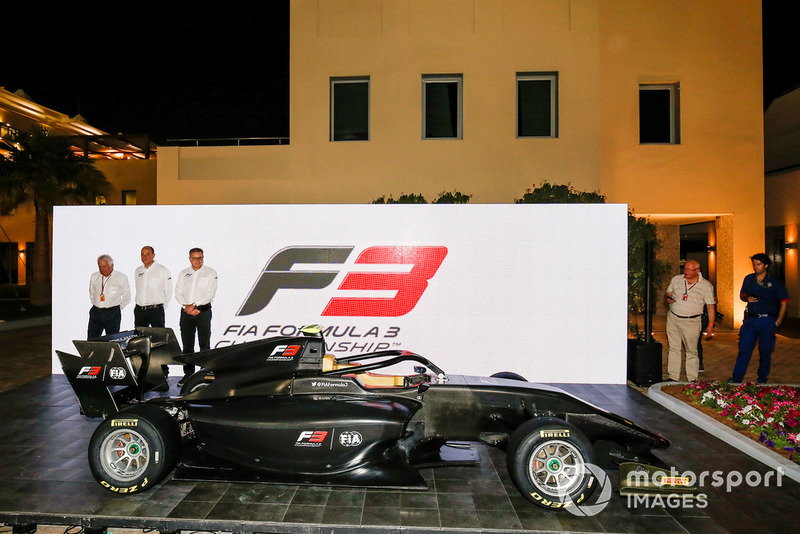 The new for 2019 FIA F3 car is launched by Bruno Michel, Didier Perrin, Charlie Whiting and Sean Bratches in the F1 paddock