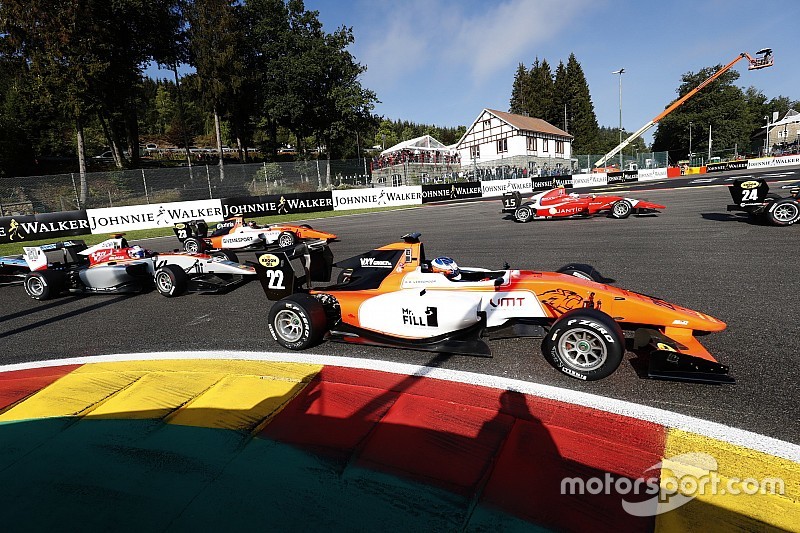 FIA race director Charlie Whiting says "things need to be done better" by the GP3 Series to avoid a "basic mistake" like the one that halted its cars in Spa practice last weekend.

The session was curtailed to 20 minutes from the intended 45, after an ECU programming issue.

A number of drivers lamented the problem, with only one practice and one qualifying session before the two races over the course of a GP3 race weekend.

FIA race director Whiting criticised the process by which the cars are checked after the incident.

The GP3 Series championship will cease next year, to be replaced by an FIA-sanctioned International F3 series which will take GP3's place on the Formula 1 support bill.

Whiting said that the checking process must improve ahead of that change.

"It was a pretty basic mistake and I think the checking procedures that they have in place must be almost non-existent," said Whiting.

"You just can't imagine how something like that could happen because we need to make sure that things are done better in the future, especially next year.

Whiting said that a parameter change to the ECU - which was incorrect - was the reason for the stoppage.

"It was a mistake by GP3 Technical Assistance, who decided to change a certain parameter, air pressure parameter if I remember correctly, and they did it for a turbocharged engine not for a normally aspirated engine.

"That had a sort of catastrophic effect on all the cars and the reason the stoppage was so long was that, you had to wait until everyone had their cars fixed and then they could all go out.

"You couldn't fix one and let him go out."

Explaining the issue, GP3 technical boss Didier Perrin said: "We experienced an issue with the programming of the ECU.

"Once we analysed the problem, we asked for the session to be red-flagged in order to reprogramme the ECU of all cars as quickly as possible and ensure that all drivers benefited from the same amount of track time."