As a fresh wave of young British single-seater talent ascends the Formula 1 ladder, Jake Hughes sees his 2018 GP3 campaign with ART Grand Prix as his chance to well and truly get himself on the map.

Lando Norris, George Russell, Jack Aitken - three British F2 racers who are backed by F1 teams (with test miles under their belts) and heralded as potential future stars of the future. One rung further down the ladder, you find another pair of F1-backed Brits, Callum Ilott in GP3 and Dan Ticktum in F3.

At the same level - and in the case of Ilott, the same team - there is also Hughes, the 23-year-old from Birmingham who, it would be fair to say, hasn't enjoyed the same career momentum as some of his peers despite having displayed a similar level of talent.

Spearheading a Hitech GP team in European Formula 3 last year that was clearly a step behind rivals Carlin, Prema and Motopark, Hughes was forced to be content with 'best of the rest' status and ultimately ended up fifth in the standings, with less than half the points of champion Norris and more than 100 back from fourth-placed Ilott. 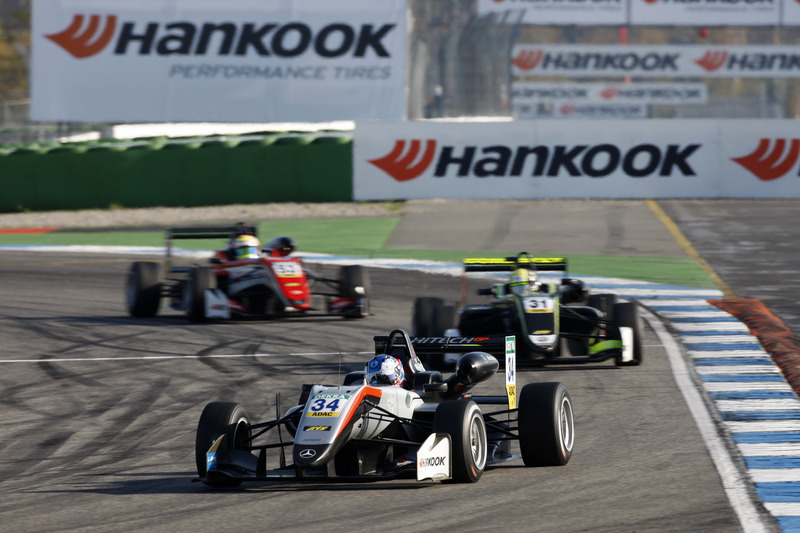 But now, armed with a seat at the team that has taken Esteban Ocon, Charles Leclerc and his good friend Russell to GP3 title glory in the past three years, and which locked out the top four positions in the standings last year, Hughes is aware this year is his chance to get back on level terms with his more talked-about compatriots and get himself back on the path to stardom.

"Yeah, exactly," he tells Motorsport.com when it's put to him that this year could be his big break. "I’ve raced Jack before [in Formula Renault 2.0], so I know what he’s about, I raced Lando last year and I was teammates with him [at Carlin] for two weekends in F3 at the end of 2016.

"In terms of where my career has gone, it started off perfectly winning [British] F4 [in 2013], and then two years in Formula Renault it just stagnated because I never found myself in a position to win the championship.

"The problem is when you analyse the junior categories, there’s a standout team or two teams in each category, and if you’re not with one of them it’s hard to win the championship.

"At this level we’re all good, we can all do a time within a tenth of each other. But because it’s so close it usually comes down to what car you’re in, unfortunately.

"This is the first time in my career, bar Koiranen in 2015 which didn’t go the way I hoped for different reasons, that I can say pre-season that I’m in a car that will probably win the championship, and I’m obviously looking to capitalise on that." 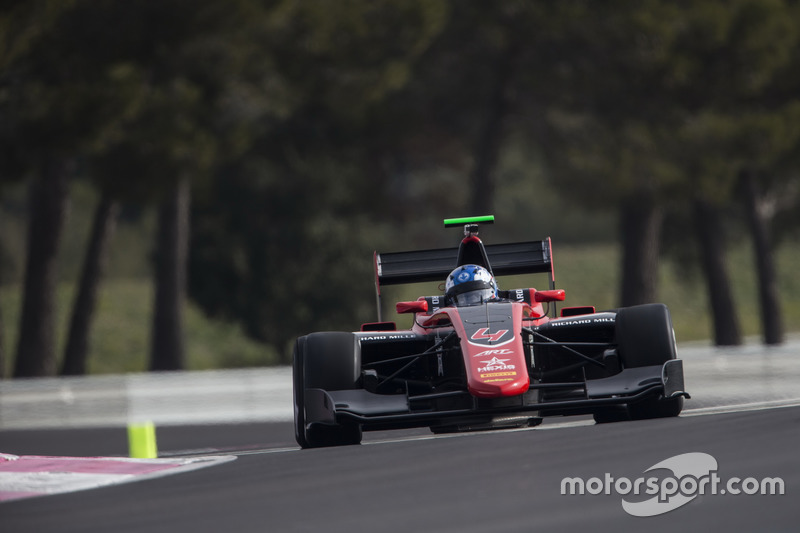 From GP3 to F3, and back again

Hughes's recent career trajectory has been unorthodox, with a year of European F3 with Hitech GP following a promising but patchy season of GP3 with DAMS in 2016, a campaign that yielded two wins and eighth place in the points.

At the time, Hughes said he felt a move to F3 would "open more doors" than a second year in GP3, but he admits the motorsport landscape has changed somewhat since, with the DTM field set to shrink after this year and GP3 poised to form the basis of a new international F3 championship in 2019.

Had the ART offer not come up, he admits he might even have stayed on in F3 for what is set to be the category's last season in its current guise.

"I still maintain going to F3 was the right thing for me at the time," Hughes says. "But now Mercedes have pulled out of DTM and when I went to F3 that was at the back of my mind as well as a potential place to end up. That’s a bit more uncertain now.

"Honestly I didn’t expect to go back to GP3, but then the opportunity came up with ART and it was hard to say no, even though I’d been there before.

"If it was a different team, it would have been a more questionable decision. But being in an ART car was just a bit more certain, in the sense you know what you are getting." 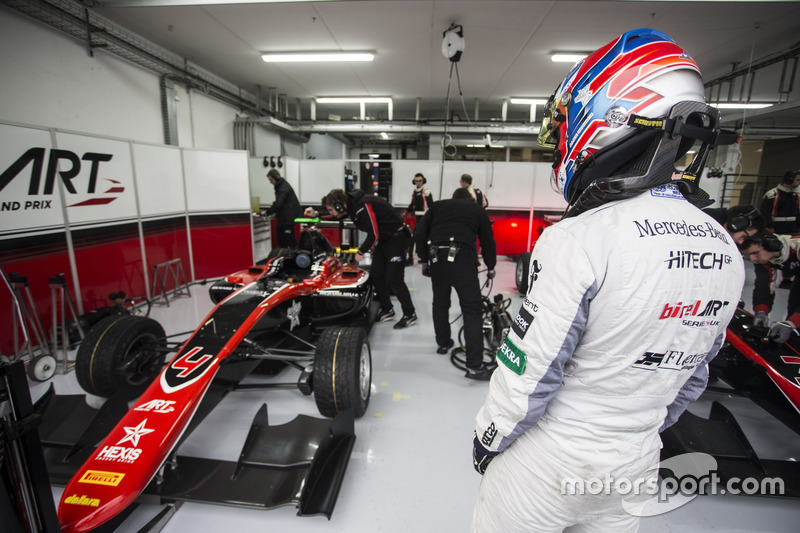 Unsurprisingly, Hughes and his three ART teammates - Ilott, Nikita Mazepin (who partnered Hughes at Hitech in F3 last year, finishing 10th overall) and Anthoine Hubert - have all figured at the sharp end of the timesheets over the course of the three pre-season tests at Paul Ricard, Jerez and Barcelona.

Third-fastest at the latter two venues, Hughes says he's beginning to see why the French squad is such a force to be reckoned with, contrasting his experience to his inconsistent season at DAMS.

"When I was with DAMS we were quick on occasion, but not consistently," he recalls when asked what exactly it is that makes ART so strong in GP3. "Quite often we were left scratching our heads seeing ART's results, in qualifying especially.

"I never thought they had anything magic. But when you put the car on the ground it just works. It gives you as a driver a lot of confidence to push it and I think given the weekend structure you have in GP3, you need confidence to push in qualifying.

"You probably get two push laps in practice, so it’s not a lot of time to bed yourself in and if you’re not confident with the car, you only get one opportunity after practice to fix it and most of the time that isn’t enough." 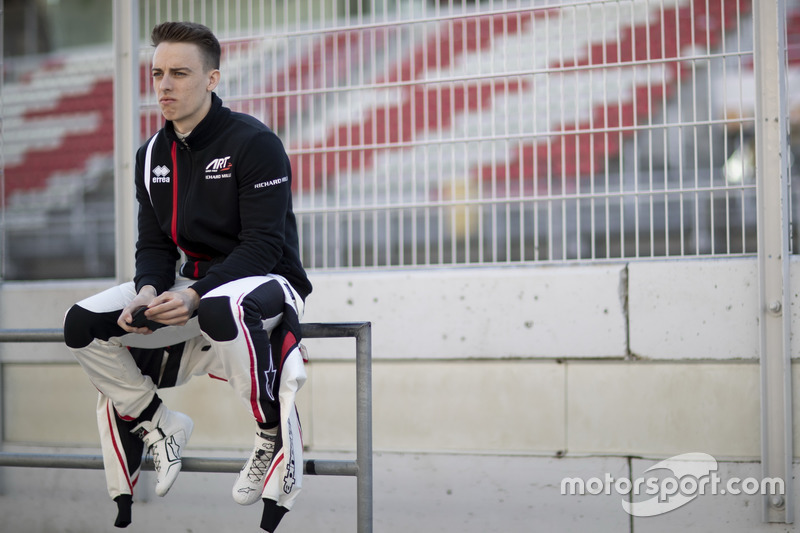 The fact ART runs four cars - often featuring some of the best drivers in the field in any given season - is another "massive" advantage, according to Hughes, and a welcome contrast to the situation he faced last year with the struggling Hitech outfit.

"If you’re not on pole, the chances are one of your teammates is, so you have the data to look at straight away," he continues. "You’re not left guessing.

"So far in testing, it’s been one of the only times in my career I’ve not been second-guessing what anyone else is doing. We just end up pushing each other, and we are all trying to do the perfect lap.

"Last year at Hitech, the start of the season was a bit sluggish for us and you’re just playing catch-up after that. You need another pre-season testing schedule to fix the things that might be the problem, and you can’t really do that in-season.

"It’s just such a big advantage to have a car that’s already in the window, and not having to go searching for anything. You can just focus on making fine adjustments." 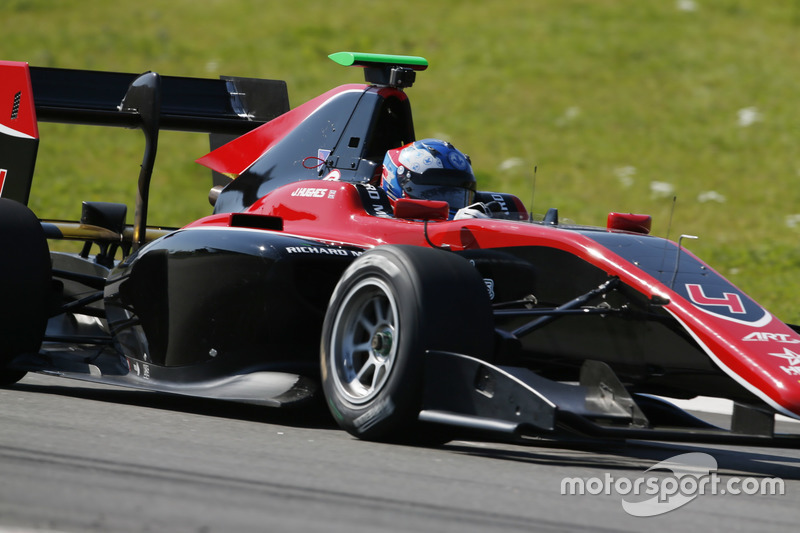