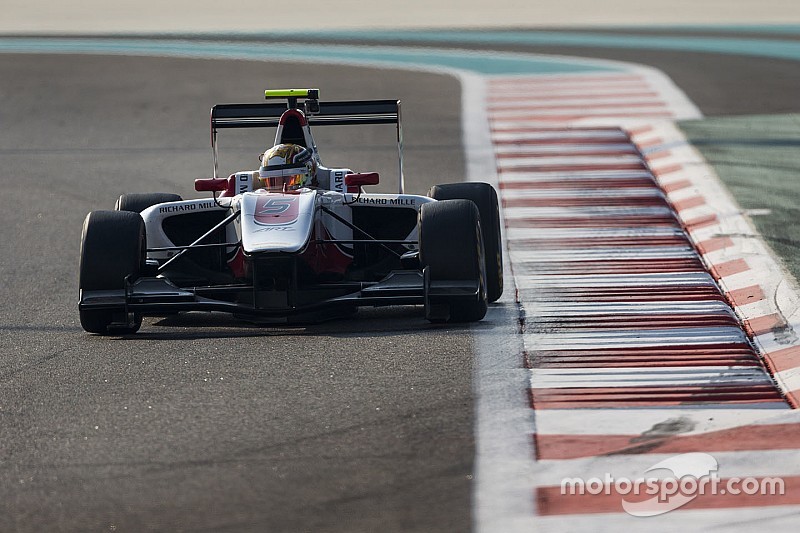 Monegasque driver Charles Leclerc ended the GP3 post-season test in Abu Dhabi in first place, going quickest in both sessions of the final day of running.

Leclerc, who set the pace on Day 1 with ART before a detour to Arden, was back with the French team for the conclusion of the test.

And the Monegasque ended up going well below the existing track record for the Dallara GP3/13 machine as he surpassed the 1m55s mark for the first time.

Leclerc's morning time, a 1m55.115s, had already been good enough to stand as the new track record, the ART man taking the lead off Arden newcomer Kevin Jorg in the closing half-hour of the session.

Another ART man, Alex Albon, was third, with Arden's Jake Hughes fourth, meaning that the two frontrunning teams locked out the top four - while Leonardo Pulcini finished as best of the rest for Trident.

The afternoon saw Leclerc in control for most of the running and he eventually posted a 1m54.571s.

Arden duo Jorg and Hughes also managed to go below 1m55s, while Pulcini improved to fourth and Konstantin Tereshchenko made up the top five.

Fuoco and Aitken lead on Day 2 of Abu Dhabi test

Ocon says Trident complained to the stewards after GP3 finale