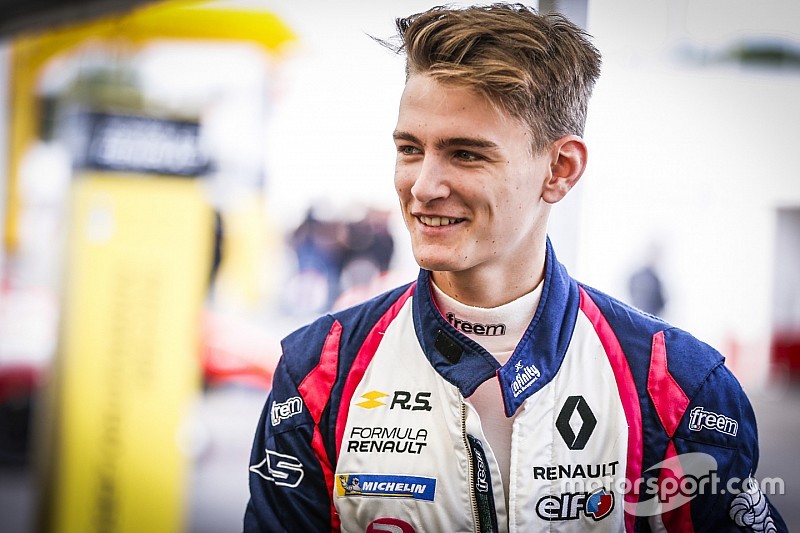 American teenager Logan Sargeant will step up to the FIA Formula 3 championship for 2019 with Carlin.

Sargeant, 18, moves up to the Formula 1 support series after finishing fourth in the Formula Renault Eurocup last season with three race wins to his name.

Previously he placed third in the British F4 championship, driving for Carlin. He rejoins the Farnham, UK-based outfit for 2019 after testing with Jenzer, Trident and MP Motorsport in the post-season Abu Dhabi test late last year.

“I am super happy to be joining Carlin for the 2019 FIA Formula 3 Championship," commented Florida-born Sargeant.

"We’ve had great success together in the past in F4 and I can’t wait to be back with them. I have high expectations and I know if we continue to work together well as a team we can bring this form over to Formula 3.

"We definitely have the potential to be right at the front so I have no doubt that we can fight for the championship.”

Team boss Trevor Carlin added: “It is fantastic to welcome Logan back to Carlin for the upcoming 2019 season.

"We last worked together in 2017 in the British Formula 4 Championship, so we know him well and know how great he is to work with.

"Logan has matured so much in and out of the car since we last worked with him and I’m really excited to see what he can do this season with all of us here at Carlin Buzz Racing."

The new-for-2019 HWA Racelab squad has also announced its second signing for the 2019 season, recruiting Bent Viscaal to join the previously-confirmed Keyvan Andres.

The 19-year-old Dutch driver finished runner-up to Drugovich in Euroformula Open last year, scoring one win in his first season in the category.

CAN: Chiovitti resigns from OKDG

Tommy Gray looks back at Darlington