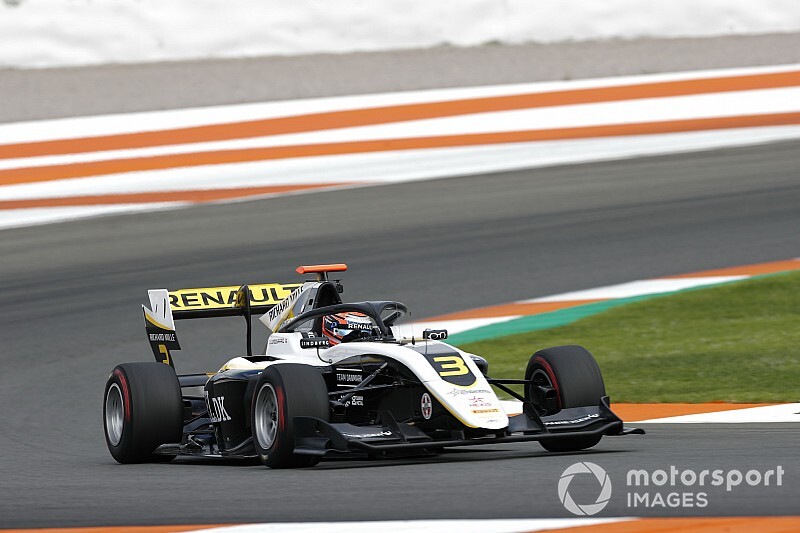 ART Grand Prix's Christian Lundgaard set the fastest time for the second day in a row in the FIA Formula 3 Championship's post-season test at Valencia.

Unlike Sunday's opening day of testing, the morning session proved quicker on Monday and Lundgaard further asserted his authority with a 1m20.860s an hour into the day.

The Renault Formula 1 junior is the only driver to dip below the 1m21s mark in the two days so far.

Yuki Tsunoda continued to bed in with new team Hitech Grand Prix, the Honda protege switching from Jenzer Motorsport for the test and the Macau Grand Prix.

David Beckmann, testing with the Trident Racing squad he was successful with in the GP3 Series in 2018, took fourth ahead of Sebastian Fernandez of ART.

Jack Doohan – son of motorcycle legend Mick – was sixth for Hitech, with German F4 champion Theo Pourchaire in seventh. The latter switched from Carlin to ART for Monday.

BRDC British F3 champion in 2018 Linus Lundqvist was eighth for Campos Racing, ahead of HWA's Jake Hughes and his ex-teammate Bent Viscaal, now at MP Motorsport.

A host of drivers who competed in the Formula Regional European finale on Sunday joined the test, including champion Frederik Vesti, Enzo Fittipaldi – grandson of double F1 champion Emerson – and Ralf Schumacher's son David, who contested the Sochi F3 finale with Campos.

In the afternoon session, Formula Renault Eurocup points leader Oscar Piastri topped the times for Prema, ahead of Tsunoda and Lundgaard.

Billy Monger was not part of day two of the test, but is set to return for the last day on Tuesday.

Jehan Daruvala has been ruled out of the Macau Grand Prix due to knee injury suffered in training.

The Indian driver, who finished third in this year's FIA F3 championship with Prema Racing, tweeted on Monday that he had undergone knee surgery and was starting his recovery, therefore missing the November 16-17 event.

The Prema team confirmed to Motorsport.com that discussions were underway to find a replacement for Daruvala at Macau.