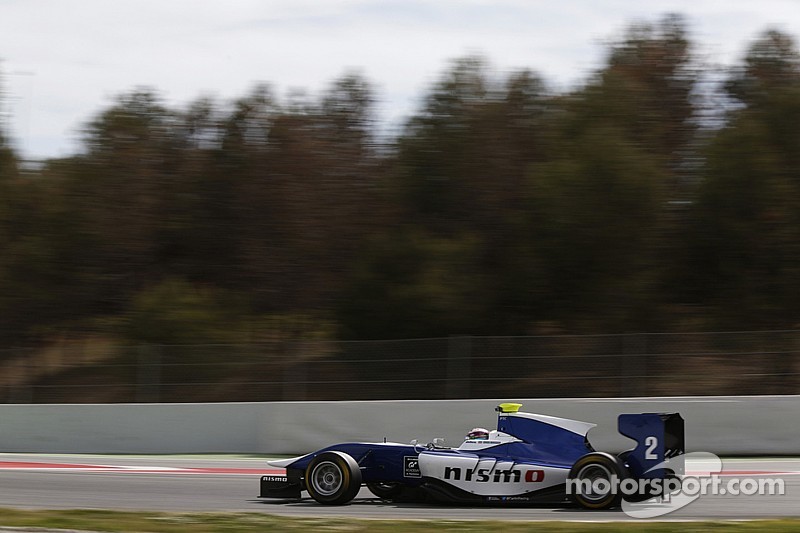 Carlin driver Jann Mardenborough narrowly edged out his rivals to set the pace on the opening day of the final pre-season GP3 test at Barcelona.

The Nissan LMP1 driver was the only man to break the 1m35s barrier at the Spanish track, going fastest with a 1m34.910s in the quicker morning session – just 0.094 seconds ahead of Jenzer Motorsport’s Pal Varhaug.

Marvin Kirchhofer, the highest returning driver from last year’s standings, was just a further thousandth of a second behind for ART Grand Prix, jumping up to third after a mid-session red flag caused by Samin Gomez’s Campos-run car stopping on circuit.

In the afternoon session, Status driver Seb Morris set an early benchmark of 1m35.740s that would remain unbeaten before rain began to fall.

Once conditions improved later on, Mardenborough came within just over a tenth of his compatriot’s pace to go second, with Matt Parry completing a British 1-2-3 in third place for Koiranen.

Alex Palou (Campos) and Status' other two drivers Alex Fontana and Sandy Stuvik rounded out the top half-dozen, while a stoppage for Fuoco brought out the red flags with a minute of the session remaining.

Kirchhöfer quickest on day one in Valencia