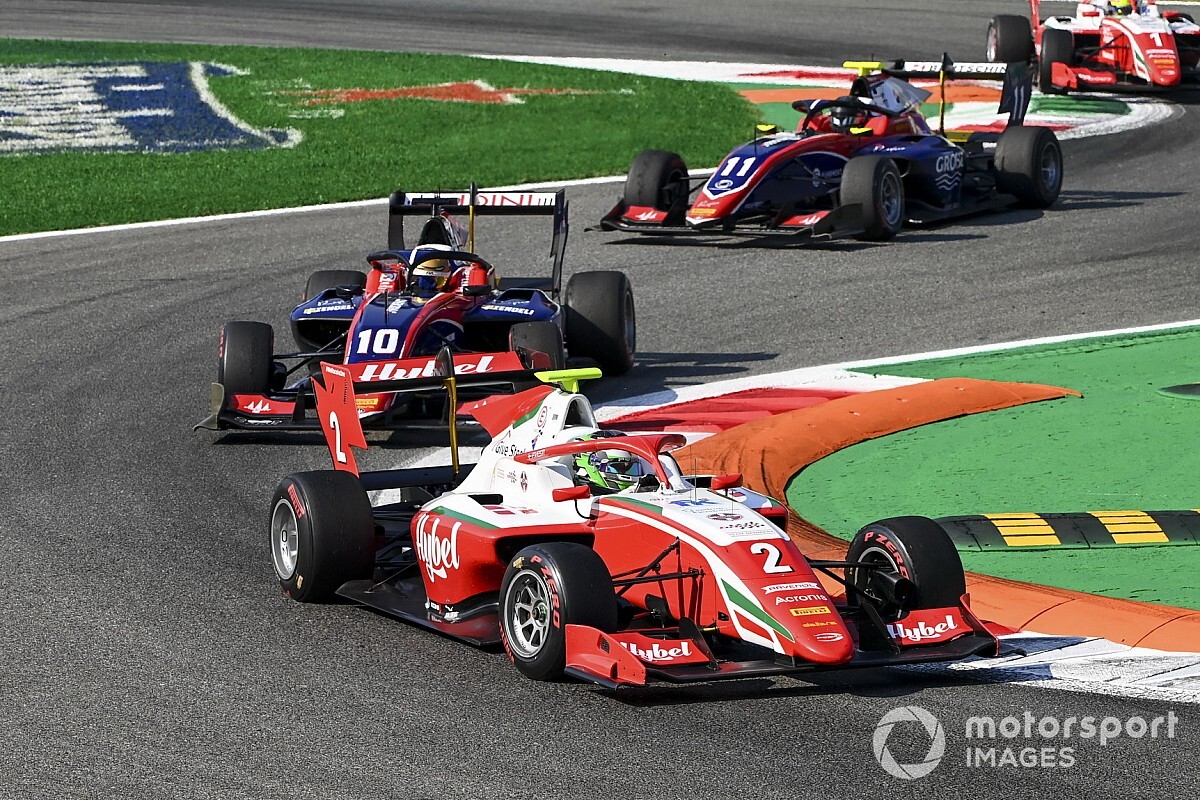 Prema's Frederik Vesti emerged victorious from a thrilling first FIA Formula 3 race at Monza with a late-race overtake on Theo Pourchaire after charging from ninth on the grid.

A five-place grid penalty for impeding in qualifying cost Pourchaire – one of nine drivers to be penalised - his maiden pole position and dropped him to sixth place on the grid.

He made a quick getaway to move into third place at the end of the opening lap and that became second place when he passed Jenzer Motorsport’s Matteo Nannini into the first chicane on the second lap.

Nannini – nephew of 1989 Japanese Grand Prix winner Alessandro - attempted to pass polesitter Liam Lawson at Turn 1 on the opening lap but the Red Bull junior hopped over the kerbs and held onto the lead.

Lawson then made contact with Nannini at the first chicane with the latter retiring with damage. Lawson’s pace dropped and reigning Formula Regional European champion Vesti passed him for third place.

Vesti was running into a distant third place but the gap to the leaders Pourchaire and Hughes was reduced when the safety car was required to cover Pourchaire’s ART Grand Prix team-mate Sebastian Fernandez on the exit of the Ascari chicane.

26-year-old Hughes was passed by Vesti on the restart and the Prema driver wrestled the lead from long-time race leader Pourchaire into Turn 1 with just three laps to go.

Vesti took the chequered flag to earn his second victory of the season, eight-tenths ahead of 17-year-old Frenchman Pourchaire.

The Dane's teammate Oscar Piastri capitulated his way from 15th on the grid to take the final place on the podium and the championship lead after a woeful race for ex-points leader Logan Sargeant.

Sargeant dropped from fifth on the grid into the battle for ninth place with Piastri before a tap from Carlin’s Clement Novalak dropped him to 26th position.

His teammate Lirim Zendeli – the winner of the first race at Spa – took seventh place ahead of Bent Viscaal (MP Motorsport) and Enzo Fittipaldi (HWA Racelab).