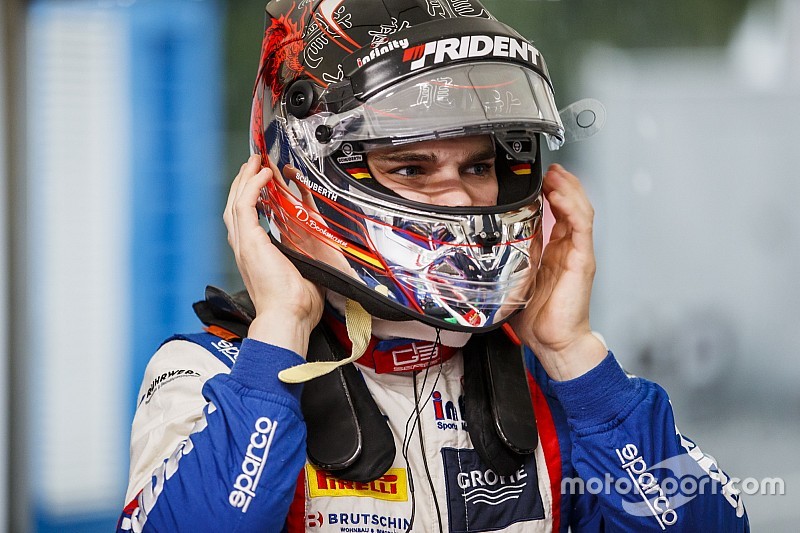 Shortly after the halfway point of the 30-minute session, it began to rain, particularly in the first sector, which threatened to freeze the order at the head of the field.

At that point, ART driver Nikita Mazepin had the pole, ahead of Giuliano Alesi, Jake Hughes, Juan Manuel Correa and Beckmann. But with just under four minutes to go, Beckmann jumped to second on an improving track.

Championship leader Anthoine Hubert then took the top of the order almost immediately after that, but a lap later, Beckmann – who only switched to Trident two rounds ago from Jenzer – usurped the ART driver by just 0.011s.

Hubert held on to second, while Campos Racing's Leonardo Pulcini made a late jump to third ahead of Correa (Jenzer) and Alesi (Trident), as Mazepin and Hughes dropped down the order.

Callum Ilott – second in the championship behind teammate Hubert – took sixth, ahead of Ryan Tveter (Trident) and Tatiana Calderon (Jenzer), who equalled her best-ever GP3 qualifying performance with eighth.

Calderon had topped the 10-minute practice session held immediately prior to qualifying, after heavy morning rain led the session to be called off and rescheduled.

Pedro Piquet made a mistake on his last flying lap and was the last Trident driver in the top 10 in ninth, ahead of MP Motorsport’s top driver in the session, Niko Kari.

Hughes struggled in the closing stages like his ART teammate Mazepin, and starts one place behind him in 12th.