The new FIA Formula 3 car will be “more difficult to drive” due to tyres which have more severe degradation than its GP3 Series predecessor, according to tyre manufacturer Pirelli.

The FIA Formula 3 championship has been created by merging European Formula 3 and GP3, with the new series being headed by Formula 2 and GP3 supremo Bruno Michel.

Many of the existing characteristics, including the engine and gearbox, remain from the Dallara GP3/16 car, but increased downforce and more varied set-up options form part of the new package.

In line with the new championship, Pirelli motorsport racing manager Mario Isola confirmed that the new tyres in the series would degrade quicker than in GP3.

“We have developed a specific tyre for F3 because some of the characteristics of the car are different,” Isola told Motorsport.com.

“On top of that we have a clear request from the promoter to have more degradation.

“In his wishlist, more degradation from the rear, to make the car oversteer more during the stint.

“We have worked with a new construction and also new compounds to achieve this result.

“The tyre is the same size because the rim size is the same, but in terms of construction and compounds they are new.

“They [drivers and teams] can react to have a set-up to help with the oversteer, but the target is to make the car a bit more difficult to drive at the end of the stint.

“That’s talent, to manage the car.”

Isola added that the changes have been made because of the forming of the new series, and not out of a mechanical necessity.

“It’s more the request to have the new target rather than the changes to the car,” he added.  “The car is not far from the old GP3.

“In theory we could have used the old GP3 tyre specification.

Also related to the car changes, downforce on the new machine will be limited during races.

“For free practice and qualifying, the drivers can use the full potential of downforce, but for the race we will reduce it by limiting the angle of the rear wing to make sure the braking distance will be slightly longer,” F3 technical boss Didier Perrin told the FIA’s Auto magazine.

The car has tested at Jerez, Bahrain and Abu Dhabi since it was revealed in November last year, with sportscar ace and new DragonSpeed Indycar signing Ben Hanley conducting the running.

Teams and drivers will get real track time at the shakedown on February 20 at Magny Cours, with one-car per team.

Official tests start at Paul Ricard (March 20-21), before moving on to Barcelona on April 09-10. The last test takes place at the Hungaroring on April 17-18 before the season kicks off at Barcelona on the second weekend in May. 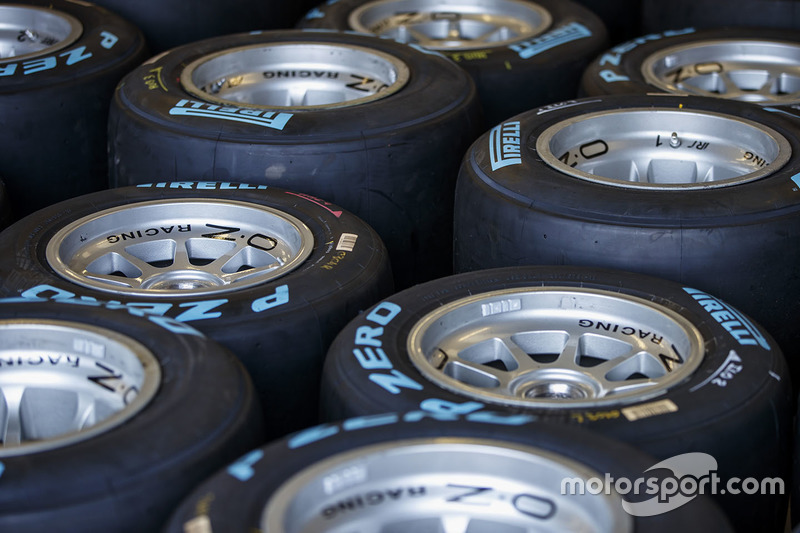