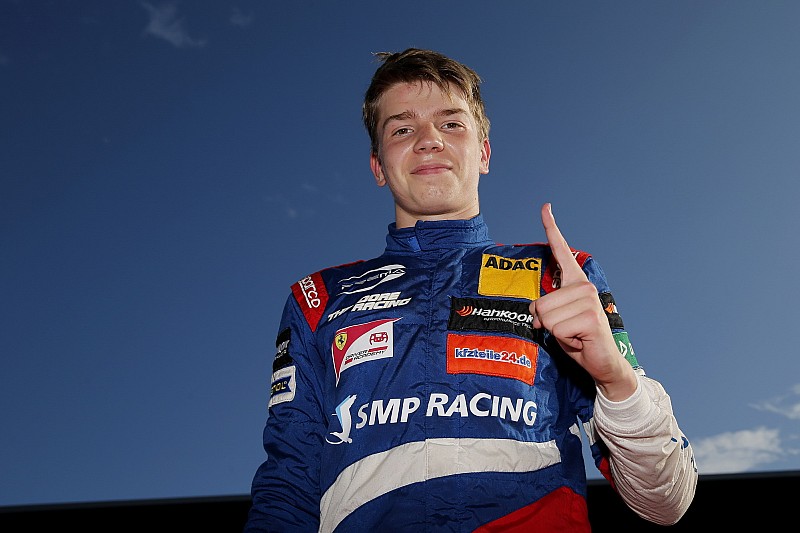 The 19-year-old graduated from third in the Formula Renault Eurocup in 2017 to take third again in European Formula 3 last year with the Prema squad, scoring two wins, 11 podiums and three pole positions.

Like eventual European F3 champion and teammate Mick Schumacher – who has graduated to F2 with Prema – Shwartzman went on a strong run in the second half of the season in 2018, finishing only behind Schumacher and Red Bull junior Dan Ticktum.

He was the highest-placed series rookie in the championship standings come the end of the year.

"I'm delighted to continue my relationship with Prema Racing,” said Shwartzman. “I really found great chemistry with the team especially in the final part of the season.

“It's great to be part of the family and I feel particularly at ease.

“Our goal is to win the championship and I'm sure that Prema has the potential to fulfill that goal.”

Prema team principal Rene Rosin added: “We are elated to retain Robert for the 2019 season.

“We are looking forward to seeing him at work in the new environment, which will give our drivers an occasion to thrive and enhance their skills and experience.

“We will do our utmost to help Robert and his teammates to succeed at the highest level.”

Shwartzman – also a part of the SMP Racing programme – is partnered again by European F3 teammate Marcus Armstrong, while Jehan Daruvala has joined the outfit after competing in the same series with Carlin last year.

The FIA Formula 3 series is new for 2019, as the GP3 Series and European Formula 3 Championship have been merged. The series' new car is based on its GP3 predecessor, while the slot on the F1 support package also remains from GP3.

Teams will get to shake-down the new car on February 20 at Magny Cours. One car per team is allowed.