He was pipped to the title by Fewtrell, however, as the Briton racked up six wins and 11 podiums in what was his sophomore campaign in the category.

"I’m really confident for this year, I want to be challenging for wins, I need to make a good impression on the F1 team straight away,” Fewtrell told Motorsport.com. “I need to turn a few heads by being fast straight out of the box.

“Obviously Renault know its difficult to do that and I have a bit of time to adjust and learn, but I think it would really help me to be on it straight away rather than taking the whole year.

“The drivers ART have had before have all gone on to do great things.

“That’s exciting for me and my career, and I’m really confident in the team and that I have the right guys around me to adapt to the new car.”

Fewtrell added that he had “a target on his head” as the reigning Eurocup champion, but is confident the added pressure won’t affect his on track performance.

“I think it is an added pressure because they see I have won the Eurocup championship, it’s definitely a target on my head for people, to say ‘he should be good in this straight away'.

“It’s an added pressure, but it doesn’t affect me when I’m on track.

“It helps me if I’m doubting myself, try to use it as a positive.”

“It shows Renault have a lot of faith in me and I’ve been grateful for every opportunity they’ve given me so far.

“The structure of Renault’s support has been beneficial and I hope to repay their faith by scoring wins and podiums on track this season.

“Formula 3 will be a challenge, but it’s one I look forward to taking on, especially with the opportunity to show my ability at eight Formula 1 weekends. I can’t wait to begin.”

The new F3 championship – the result of a merger between GP3 and European F3 – has a car similar to the old GP3 car for this season. The series keeps GP3’s place on the Formula 1 support package.

Lundgaard and Fewtrell join David Beckmann in being confirmed at ART, which won eight teams' titles in GP3's nine seasons.

The German was one of the stars of the GP3 season when he switched to Trident mid-season, taking three wins and four podiums. 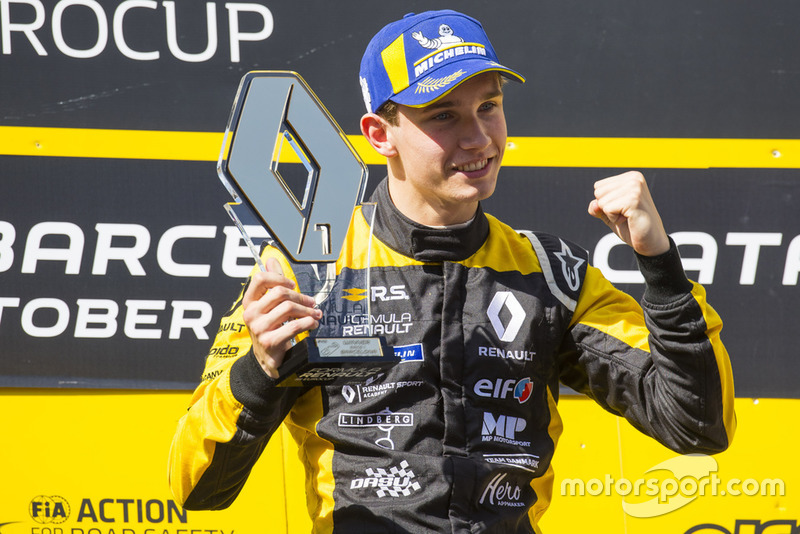