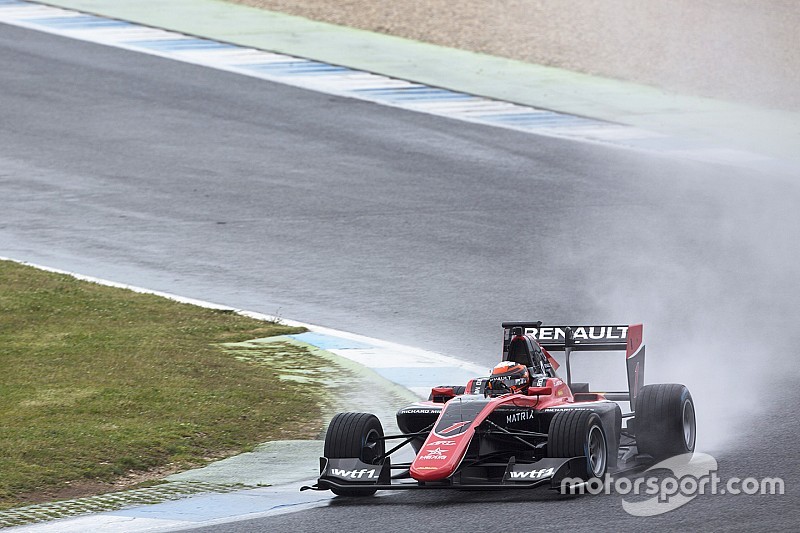 Aitken, who was fifth in the standings last year, recorded his top time in the late stages of the afternoon session, with most of the day being run under wet conditions.

Similarly to yesterday, it was raining at the start of the morning, and the track remained wet until the midday break.

There was more precipitation at the beginning of the afternoon test, keeping the track moist for another hour.

When it dried up, Mercedes protege George Russell's morning benchmark of 1m37.543s was lowered in no time, with Marcos Siebert soon going below the 1m30s barrier.

Russell was the leader with half an hour to go, but in the end it was his teammate Aitken topping the timesheets.

Honda protege Fukuzumi and Russell were three and six tenths behind respectively, making up an ART 1-2-3.

Arjun Maini was the last driver to be less than a second slower than Aitken, as the top 10 was completed by Siebert and the Italian duo of Leonardo Pulcini and Alessio Lorandi.

Koiranen quits GP3 ahead of 2017 season