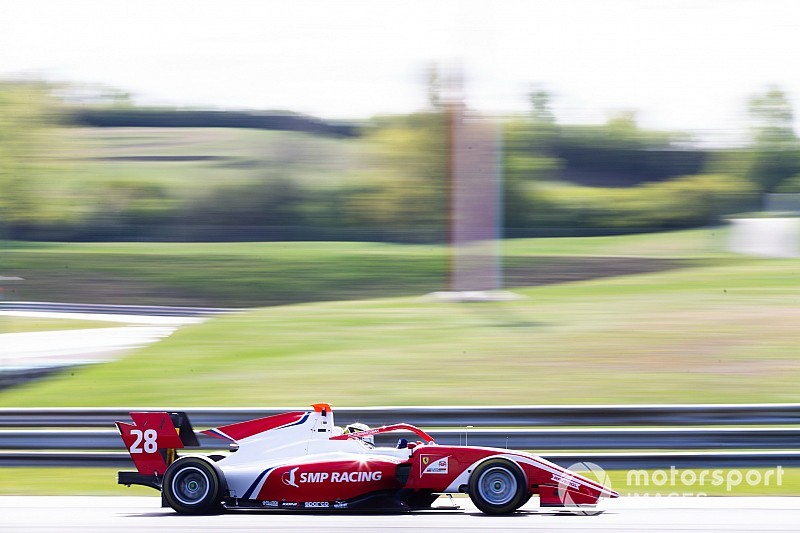 Ferrari junior Robert Shwartzman recorded the fastest time on the final day of pre-season FIA Formula 3 testing at the Hungaroring.

Shwartzman's benchmark, a 1m30.746s, left him as the pace-setter of the two-day test, as it was almost seven tenths quicker than the lap managed by his Prema teammate and fellow Scuderia protege Marcus Armstrong on Wednesday.

SMP-backed Russian racer Shwartzman pipped Renault junior Christian Lundgaard (ART Grand Prix) to the top spot by two tenths of a second in the final hour of the morning session.

Another Prema driver Jehan Daruvala completed the top three, just under a tenth off Lundgaard's pace.

Marcus Armstrong made it three Prema entrants in the top four, and was one of 12 drivers to go below his Wednesday benchmark in the Thursday morning session.

Vips caused one of the day's several red-flag interruptions by stopping on-track in the final hour of running.

The best laptimes of the afternoon session were over a second slower, with Tsunoda leading the way from Carlin's Felipe Drugovich and Shwartzman.

Shwartzman's test-topping time means that three different teams have gone quickest in F3's three pre-season tests, after Lundgaard paced the Paul Ricard test for ART and Hitech's Leonardo Pulcini – a spot behind teammate Vips in 12th on Thursday – led the way in Barcelona.

The series' 2019 season will kick off in Barcelona on May 11-12, in support of Formula 1's Spanish Grand Prix.