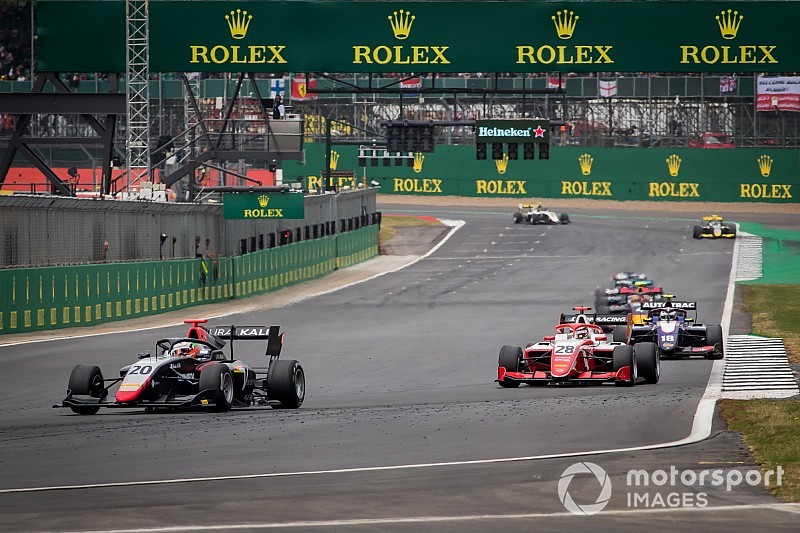 After Juri Vips took victory on Saturday, his teammate Pulcini moved up to third at the start and made quick work of Trident Racing’s Pedro Piquet to run second behind reverse-grid poleman Liam Lawson (MP Motorsport).

Pulcini took until lap 10 of 20 to finally pass Red Bull junior Lawson, but once ahead he stretched out a four-second lead, finally crossing the finish line with 2.6s in hand.

Lawson acted as cork in the bottle for much of the race, but just after half-distance Prema driver Robert Shwartzman, who lost the points lead on Saturday to teammate Jehan Daruvala, started climbing the order from fifth.

The Ferrari and SMP Racing-backed youngster jumped Christian Lundgaard (ART Grand Prix) for fourth, Piquet for third and finally Lawson for second with six laps remaining, although it was too late for him to mount a challenge Pulcini.

Shwartzman also scored fastest lap, meaning he is now 12 points clear of Daruvala again after the Indian driver got involved in a late incident with Piquet.

Piquet had briefly moved up to third after going around the outside of Lawson at Stowe, but Daruvala clipped the right-rear of Piquet's car at Club, putting both out of the race and gifting Lawson the final spot on the podium.

Marcus Armstrong made a move on Lundgaard in the closing stages to take fourth, while David Beckmann (ART) moved up from 11th on the grid to take sixth.

Yuki Tsunoda made the most of the late reshuffle to move up to seventh for Jenzer ahead of Sauber Junior Team drivers Fabio Scherer and Lirim Zendeli. Carlin's Felipe Drugovich was 10th.

Race one winner Vips was barged off the track at Brooklands on the opening lap and was pushed off again later in the race.

The Red Bull-backed Estonian settle for 13th after a late crash with HWA driver Jake Hughes, and is under investigation for the incident.

UPDATE: Vips was handed a five-second penalty after the race, which demoted him to 15th in the order, but he won't face a grid drop for the next race.