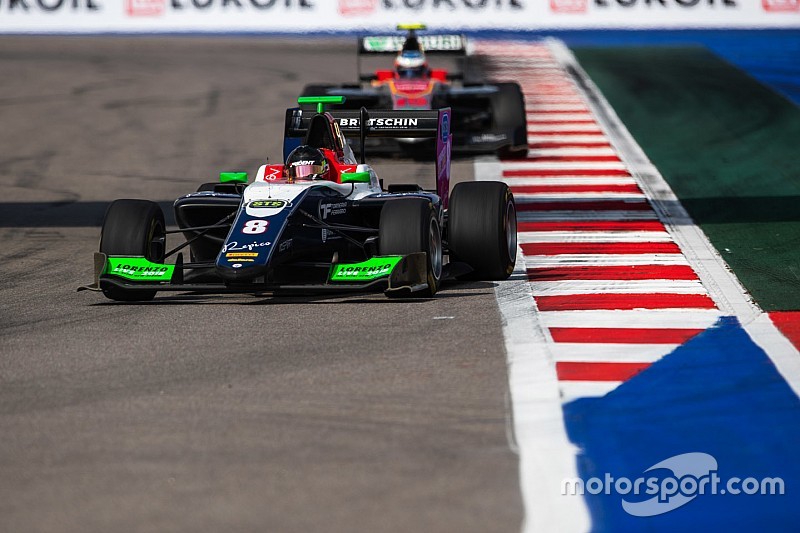 Mawson looked set to take a lights-to-flag win, having held off Beckmann in the middle of the race and then building a lead of over a second.

But a late virtual safety car stint ended with him losing all of his lead as both Beckmann and Richard Verschoor ended up right behind the race leader.

Mawson kept them at bay for most of the lap but couldn't defend from Beckmann's DRS attack on the back straight, which meant he was forced to settle for second.

It is Beckmann's third victory in as many rounds since he joined Trident.

Mawson still secured his best result of the season and second podium finish during his rookie campaign.

Title rivals Mazepin and Anthoine Hubert spent most of the race fourth and fifth, the latter tapping Simo Laaksonen into a spin on the second lap but escaping a penalty.

Juan Manuel Correa made a forceful move on Gabriel Aubry for fifth, while the former's teammate Tatiana Calderon took seventh.

Both Jake Hughes and Giuliano Alesi pitted with damage after making contact, for which the latter was penalised later on.

Callum Ilott also endured a torrid race, which he spent on the outside of the top 10 before he pitted with a suspected mechanical problem, the Ferrari junior losing his mathematical chance to take the crown.