Russian driver Nikita Mazepin took pole position in the GP3 Series at Sochi, the Racing Point Force India junior driver edging three drivers by under a tenth of a second. 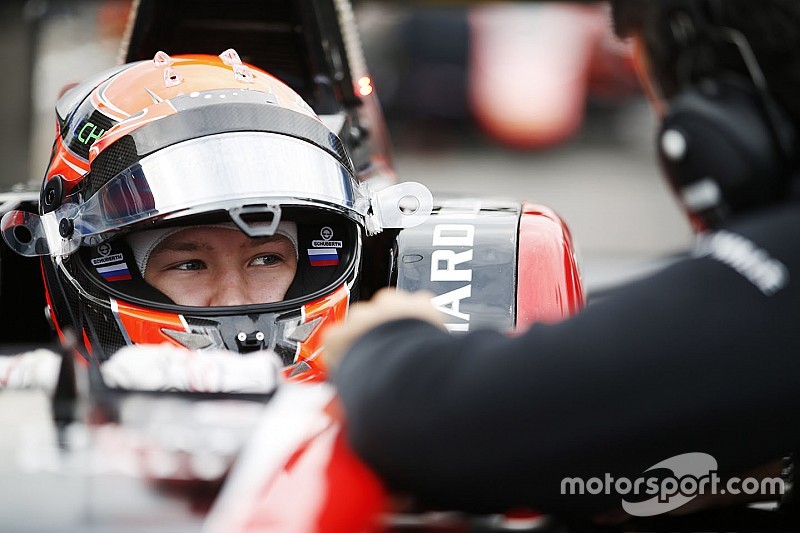 Although the race started in light, it was almost completely dark as the drivers still managed to improve with later runs despite decreased visibility.

It was an important four points for Mazepin as it edges him ahead of Ilott, his teammate who had been tied with him for second in the standings with four races left.

Points leader Anthoine Hubert could only manage fifth with his last lap despite leading most of the session in his ART car.

The fourth ART car of Jake Hughes was in contention until the final lap, when he clipped a kerb and ran wide at Turn 2.

He headed Ryan Tveter and Simo Laaksonen, both enjoying a strong run of form, while Richard Verschoor took eighth in his best qualifying since joining the series at Spa from the Formula Renault Eurocup.

Aussie Joey Mawson (Arden) and Hughes rounded out the top 10.

David Beckmann stopped with what appeared to be an engine failure, bringing his run of two poles in a row to an end.

UPDATE: Mazepin was stripped of his pole position as his best laptime was deleted due to track limits. He will now line up on the grid eighth as Pulcini inherits pole.