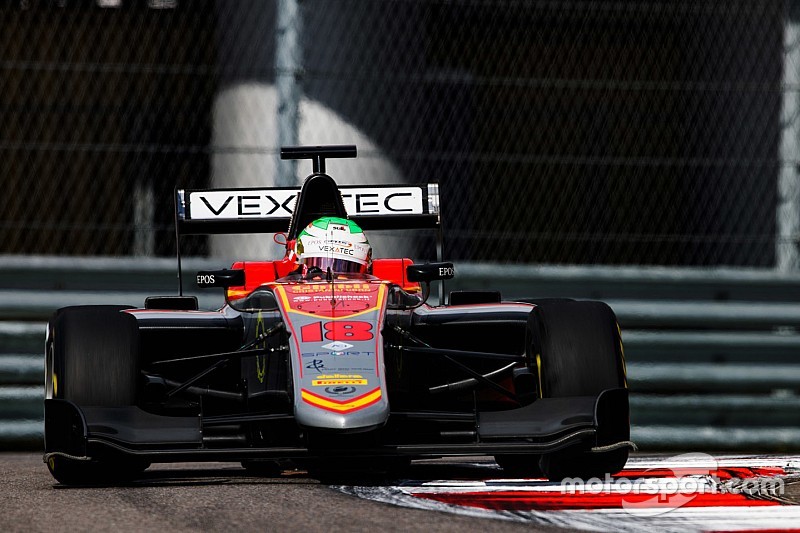 Leonardo Pulcini took a lights-to-flag victory in the GP3 feature race at Sochi, as Nikita Mazepin inched closer to Anthoine Hubert in the championship after a last-lap move on the Frenchman.

Despite cutting Turn 2 after the start, Pulcini kept the lead from pole and quickly pulled away from the ART duo of Callum Ilott and Hubert.

Hubert drove around Ilott on the outside line of the Turn 3-4 section for second a few laps into the race before the Briton lost another position to Giuliano Alesi on the same lap.

Ilott then ran off track while trying to re-pass Alesi and ended up losing a further two positions to Nikita Mazepin, who also cut the track but on the other side and thus didn't lose momentum, and Jake Hughes.

Mazepin then quickly demoted Alesi to third and spent the majority of the race with a two-second gap behind Hubert.

The local driver then dramatically improved his pace in the late stages, catching up with Hubert with two laps remaining, and making a move on the main straight.

The battle between the duo allowed Pulcini to take his first win of the season by 3.9s, with Mazepin, having also set the fastest time, cutting Hubert's points lead by five to 20.

Ilott continued to struggle in the second half of the race and lost positions to the charging Richard Verschoor and David Beckmann.

Verschoor even passed Hughes, although slightly cutting the track at Turn 2 in the process, but the Dutchman was not penalised for the move as he took fourth.

Hughes was set to take fifth but lost two positions on the last lap to Beckmann and Simo Laaksonen.

Ilott was fighting for reverse-grid pole in the dying stages before he ran off track and dropped as low as 13th.

Like Ilott, Alesi also struggled for pace in the second half of the race and only finished 14th.

Ryan Tveter's Trident went slightly airborne after contact with Laaksonen at Turn 2 after the start and he eventually retired with one lap to go, while Diego Menchaca was out of the race straight after the start.