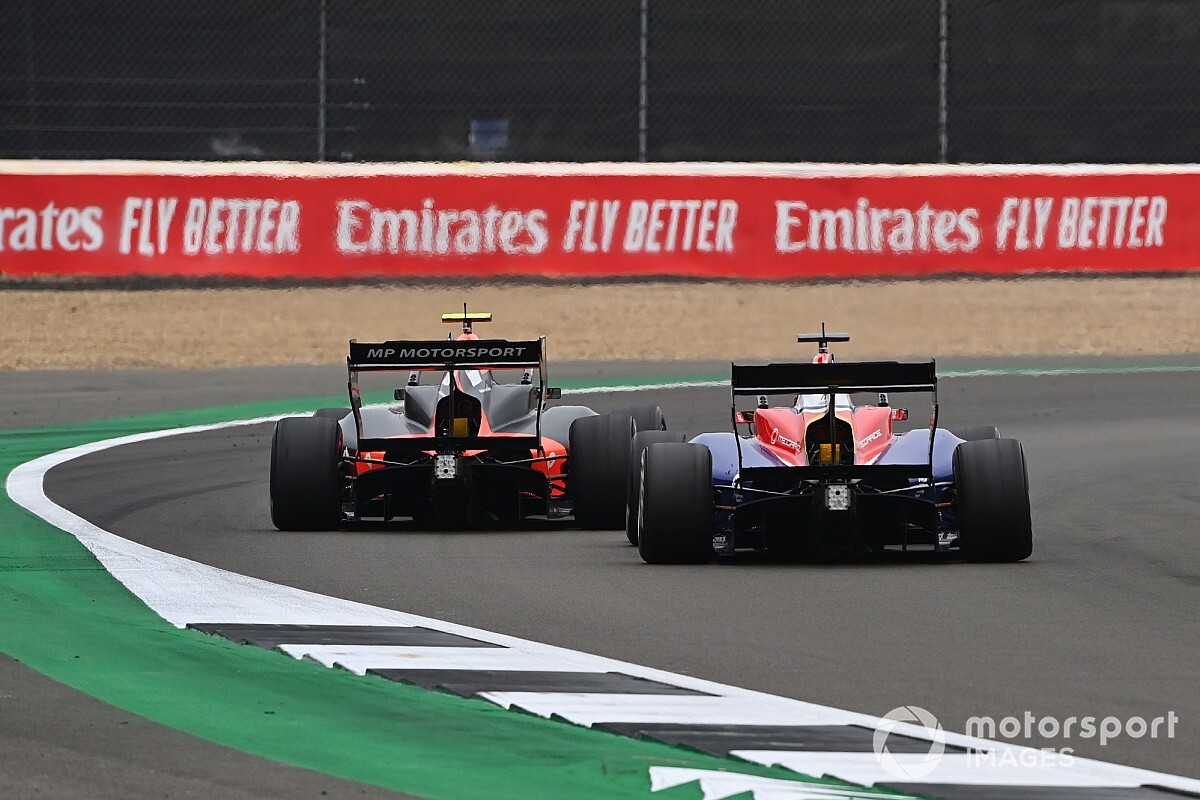 The safety car was immediately required on the opening lap to recover the stricken cars of Calan Williams (Jenzer) and Viscaal’s teammate Lukas Dunner.

Trident’s Zendeli maintained his advantage as the race restarted and it quickly became a two-way fight for the lead with Viscaal remaining close on Zendeli’s tail.

Viscaal waited until the 20th and final lap to make his move as he dived down the inside of Zendeli at Copse corner to claim the race lead.

Viscaal, who was denied a maiden win in the reverse-grid race at the Hungaroring following two five-second penalties, edged Zendeli by just over a tenth of a second for his first FIA F3 win and MP’s first since the 2019 Macau Grand Prix.

Single-seater returnee Barnicoat was unable to achieve a dream podium for Carlin, after he retired with a technical issue, having valiantly defended his third position for half of the race.

The final place on the podium instead went the way of Sauber junior Theo Pourchaire, as Liam Lawson ran wide at the penultimate corner and dropped out of podium contention and into fifth place.

Championship leader Logan Sargeant, who earned his maiden FIA F3 victory and the points lead on Saturday, found himself just outside the top 10 in the early stages after a failed move on his Prema teammate Frederik Vesti.

After recovering to 11th place, he moved across on fellow American driver Cameron Das (Carlin) whilst defending at Copse and the duo collided, giving Sargeant terminal damage.

Sargeant’s title rival and Prema teammate Oscar Piastri, who has struggled with mechanical woes all weekend, recovered from a minor final corner collision with Lawson to take sixth place behind the New Zealander.

Piastri’s sixth-place finish leaves him just one point adrift of Sargeant in the drivers’ championship.