ABT and Formula E celebrate premiere in Mexico 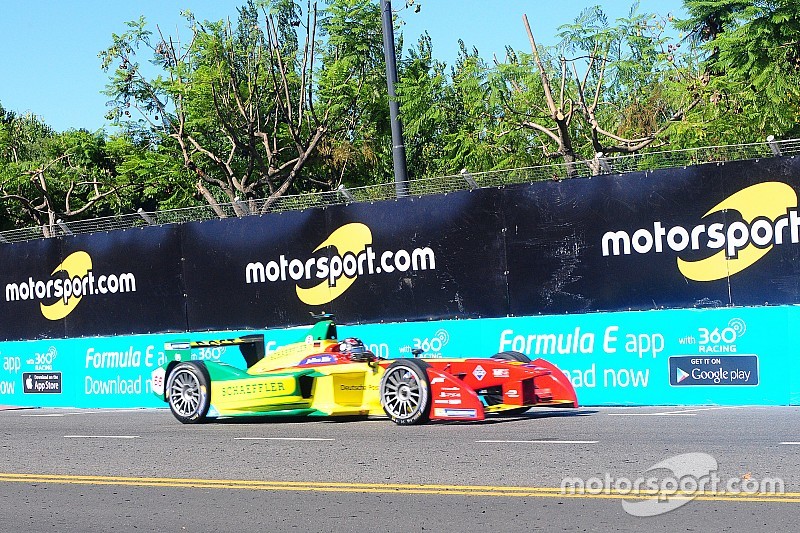 The expectations are high: fans and media alike agree that the race in Mexico City will be one of the new highlights on the Formula E calendar. Lucas di Grassi and his ABT Schaeffler Audi Sport squad lie second in the standings of the electric racing series and aim to continue a unique run: di Grassi mounted the podium at every race this season.

Four races, four trophies: the run that Lucas di Grassi and his German team has posted since the season opened in October 2015 is impressive. When last season is taken into account, the South American has mounted the podium ten times in 15 races. But nevertheless, di Grassi and ABT are only second in both the drivers and teams' classification. Current frontrunner Sébastien Buemi was too dominant so far with the concentrated power of the Renault factory team behind him.

We analyzed everything in great detail and I'm convinced that we'll be more successful in Mexico.

"Four successive podium finishes is a great run. It proves the strength of our teamwork and shows that we are heading in the right direction," says Lucas di Grassi. "However, if we want to attack the leaders then we need to work harder and cannot afford the smallest slump in form. For this reason, after the race in Buenos Aires we met again in the peace and quiet of Kempten and went through the data from every race. We come in excellent shape to Mexico."

Mexico hosts the Formula E championship for the first time. The short 2.092 kilometre track is located in the heart of Mexico City and uses part of the Autodromo Hermanos Rodriguez on which Formula 1 also races. Particularly impressive is the section between the grandstands that will provide a stadium-like atmosphere. The entry into this arena also forms the best place to overtake. Around 40,000 spectators are expected on Saturday, which would mean a new daily record for Formula E.

"I'm really looking forward to our race debut in Mexico. That the Mexicans know how to celebrate motorsport was visible for all to see when Formula 1 returned," says Daniel Abt. The German has had an indifferent season so far with two points scoring finishes. "After the somewhat sobering race in Buenos Aires it's important for me to have a trouble free race weekend. We analyzed everything in great detail and I'm convinced that we'll be more successful in Mexico. Irrespective of this, it will certainly be a wonderful event and great fun for the Mexicans."

The fifth race of the season starts on Saturday March 12 at 16:00 local time (23:00 CET). Eurosport broadcasts live from 22:45. Commentator Oliver Sittler is supported once again by Timo Scheider. The two-time DTM Champion and long-serving ABT driver takes on the role of expert once again. The practice sessions and qualifying can also be viewed on Eurosport's fee-based player.

Who is the best IndyCar driver of this era?