Aguri fails to reach deal with Carroll for Berlin ePrix 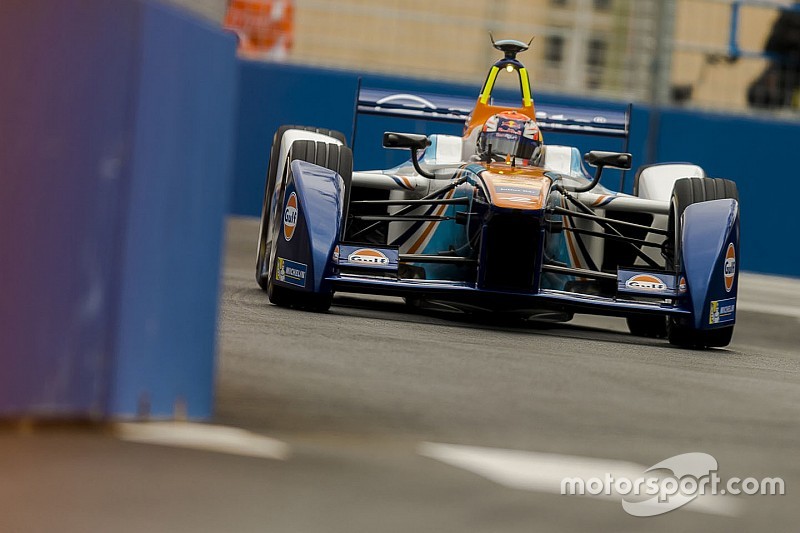 Team Aguri is looking at alternatives to replace Antonio Felix da Costa in Berlin next weekend after talks with Adam Carroll ended without a deal.

Motorsport.com has discovered that Carroll will therefore not take part as expected in the German race on May 21 as previously expected.

Carroll was the preferred option for Aguri in Germany, with a general agreement for the Briton to race for the Anglo-Japanese squad thought to have been in place as long ago as late February.

However, the late delivery of an actual contract and the cancellation of the Moscow race, which Carroll was also set to compete in, are believed to have contributed to a deal not taking place.

Team Aguri had officially nominated Carroll with the FIA for the Berlin seat alongside Ma Qing Hua at Berlin.

A further switch from Carroll to another driver for Berlin, and then back to Felix da Costa for the London ePrix is likely to cost the team, as it breaks article 19.1 of the 2015-16 Sporting Regulations which stipulate teams are not able to change drivers in the last three races.

This could even cause complications for a return of Felix da Costa, who is missing the Berlin race to compete in DTM, in London.

Team Aguri did tell the FIA that Carroll was its nominated driver just before the official deadline, which is 14 days before the race is scheduled to take place.

But the fact the deal was not signed or completed is likely to put the team in hot water with both the FIA and Formula E, who are highly unlikely to define the changes as force majeure.

Both Team Aguri and Carroll were unavailable for comment when contacted by Motorsport.com.

Rast in the frame for Berlin

Highly rated endurance racer Rene Rast has emerged as a surprise choice to fill the seat vacated by Felix da Costa, having been approached by the team to drive alongside Ma.

The 29-year-old German, who is a factory Audi driver, is currently racing in the LMP2 class of the FIA WEC with G-Drive Racing. Rast has not driven a single-seater since 2004, when he competed in the ADAC Formula BMW series.

Team Aguri has approached the FIA on securing a Formula E licence for Rast to possibly compete on his home ground next weekend.

Other drivers that Aguri are believed to have contacted for the drive in Berlin include Nicolas Lapierre and Stefano Coletti. Both tested for Team Aguri at Donington Park last August.

A decision on who will get the seat is expected by the end of this week.

DS Virgin Racing determined to raise the bar in Berlin