Michael Andretti says his team remains “100% committed” to Formula E as partner BMW’s exit looms and he is in talks with replacement manufacturers amid McLaren’s interest cooling.

The Andretti Autosport race team will continue to run with BMW powertrains for the 2021-22 season, the final runout for Gen2, after BMW quits at the end of the current campaign.

Team boss Roger Griffiths has previously ruled out the Anglo-American concern developing its own engine, as it briefly attempted for 2015-16 before reverting to the standard Renault powertrain after pre-season testing was dogged by unreliability.

Speaking to Motorsport.com, team owner Andretti said he was confident with the carried over BMW set-up, with which Maximilian Gunther won the first New York City E-Prix last weekend.

But he was quick to quash some speculation that Andretti Autosport could leave Formula E.

He said: "I definitely feel good about [BMW powertrains in 2022]. But I want to make a point. I hear rumours that we're not going to be here. 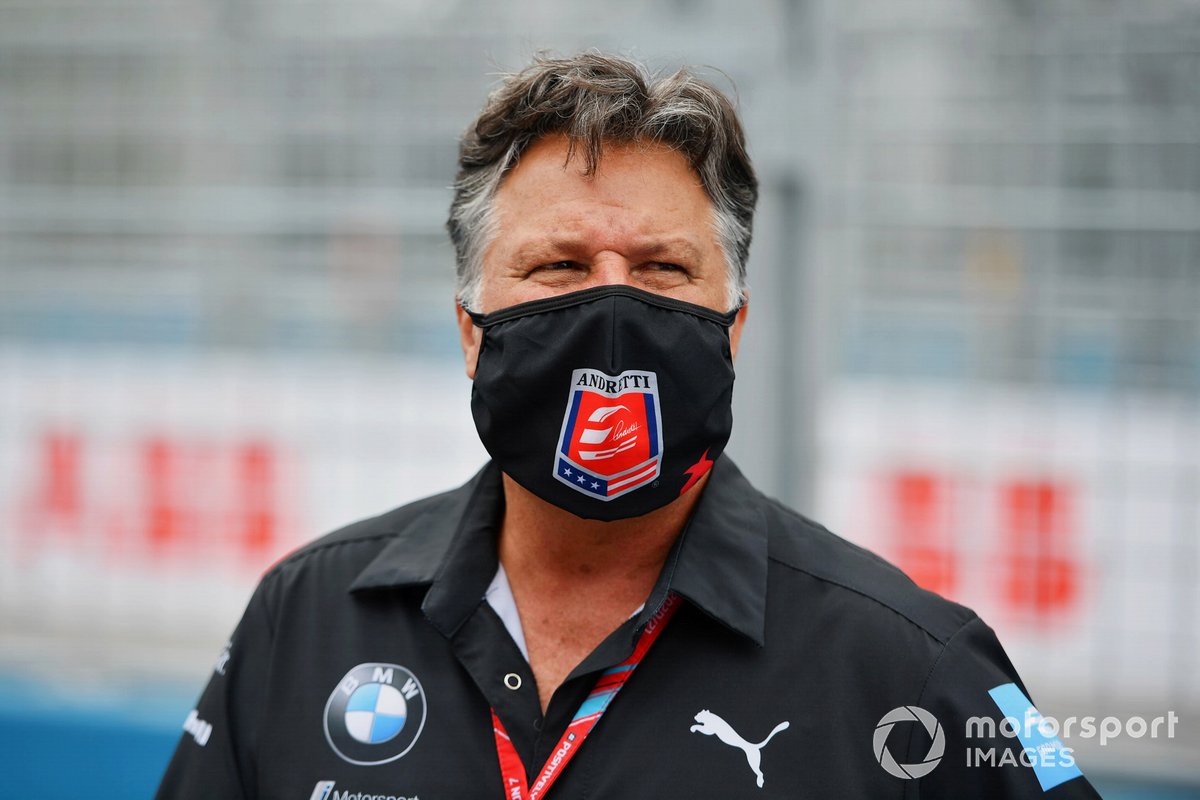 Motorsport.com understands that the team's top brass was only informed of BMW's decision to quit minutes prior to the official announcement coming out in December.

Asked about the status of negotiations with prospective replacement marques, Andretti said he wanted to stick with a road-car manufacturer rather than establish a relationship with an engineering firm such as Dragon Penske Autosport (Bosch) and Mahindra Racing (ZF).

"We're working on it with a couple of manufacturers, and hopefully we can get something done.
"We're looking more at an OEM. There's a lot more on the marketing side, which could help."

Andretti is yet to agree a major sponsor deal for its 2021-22 campaign, although there are "irons in the fire".

It looked as though McLaren Racing's option deal to enter Formula E for the Gen3 era would allow Andretti to extend his tie-ups with Zak Brown.

The two parties are linked through United Autosports in Extreme E and Australian Supercars.

Motorsport.com understands this would have paved the way for McLaren to expand its Formula 1 partnership with Mercedes to run a customer powertrain in a McLaren-Andretti-Mercedes set-up.

But McLaren Racing's interest in Formula E is believed to have cooled considerably, coming alongside its own entry into Extreme E for the 2022 season.

This raises questions over chief championship officer Alberto Longo's December comments that Formula E "has a kind of waiting list for people who are basically calling us on a daily basis to jump into the championship."

"Is it operationally distracting? The FE teams are becoming quite big now, they are talking about putting in a cost cap, that's not yet done.

"We don't yet know if it is going to be economically viable without a cost cap, I don't think it is."