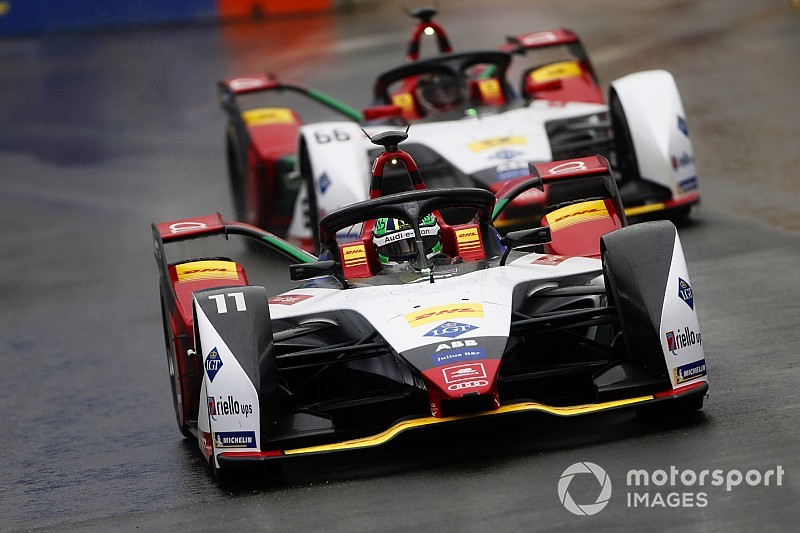 Audi could use team orders to secure the 2018/19 Formula E drivers’ title in favour of Lucas di Grassi, despite his teammate Daniel Abt also being in mathematical contention.

Both Audi drivers are in the group of eight contenders that can win the championship at this weekend’s ABB FIA FE season finale in New York but are considerably behind standings leader Jean-Eric Vergne. Di Grassi is his nearest challenger, 32 points behind, while Abt is furthest away in eighth place, 55 points adrift.

Audi and Vergne’s DS Techeetah squad are the only teams with two drivers still in with a chance of winning the drivers’ title, but the current situation means the former has not ruled out deploying team orders to improve its chances.

“We need to be one-two first,” Audi team principal Allan McNish told Motorsport.com when asked if Abt and di Grassi would be swapped if they were leading in the first race of the weekend. “[But] if the championship depends on it, both our drivers know.

“This is a tricky one, being very frank, because – and I’ve been in both positions – you can give to one and take away from the other. And so you’ve got to be very careful in what you’re doing there. You’ve got to understand [that], but we know we come here with a goal, and that’s clear goal.

“It’s going to be tough, a challenge, to say the least. So, I wouldn’t rule anything out at this stage. Not saying there is [a plan, though].” 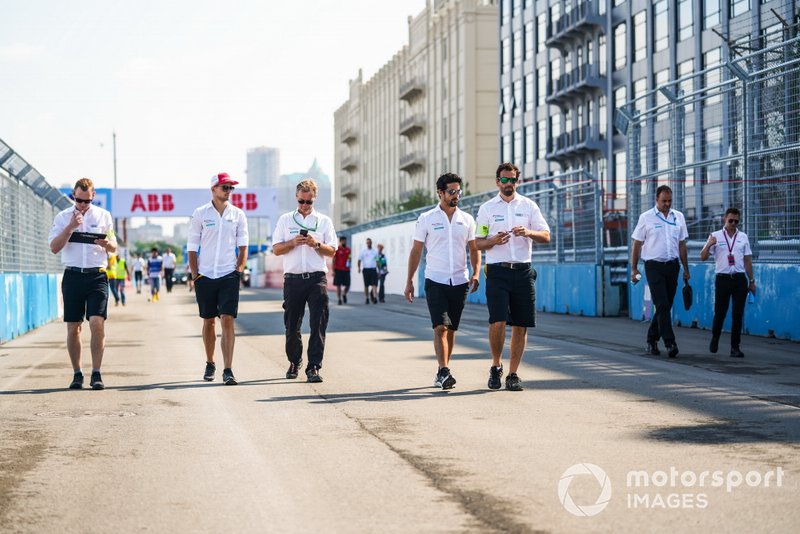 Lucas Di Grassi, Audi Sport ABT Schaeffler on the track walk with the team

Abt said he had not yet been told of a specific plan to try and boost Audi’s chances in the drivers’ championship, but added: “I’m aware that this might happen and this will happen if it’s needed”.

“I think that’s totally legit,” he continued. “That’s how it is in a sport like this and in a final if one driver is placed ahead and then I’m asked to do that then that’s my job to do that. But let’s see, so far we didn’t need anything like that – but it could happen.”

Vergne’s teammate Andre Lotterer obeyed a request to help Vergne secure the 2017/18 title in the first New York race last season. But on that occasion he did not have his own title ambitions. He is currently fourth in the 2018/19 standings, 44 points behind Vergne.

Lotterer explained that the situation heading into Saturday’s race would influence DS Techeetah’s own choice regarding team orders.

“Let’s see how we qualify,” he told Motorsport.com. “Mathematically I could still win, but I’m realistic as well – it’s a big points gap and being in the same team, the team wants to secure his title on Saturday. Fair enough with the gap he has – [to] try to put away all the threats that come across.