Two-time Formula E champion Jean-Eric Vergne has become the first recipient of the Moment of the Year Award presented by Marelli, a new addition for 2019. 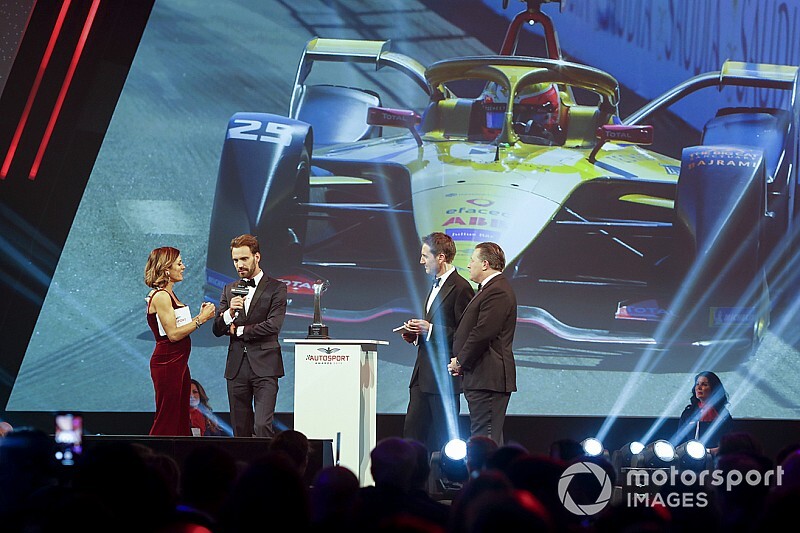 Vergne became the first FE driver to defend his title in 2018/19, overcoming an intense double-header season finale in New York to defeat Mitch Evans and Lucas di Grassi for the crown.

His latest FE title came after a slow start to the season and a mid-campaign lull, but he rallied to hit a purple patch of form in the championship run-in, with victory in Bern proving crucial in setting up his New York success. The DS Techeetah driver, who began his 2019/20 title defence in Saudi Arabia last month, collected his award from McLaren Racing CEO Zak Brown.

Vergne said: "So pleased, I remember my first time at the Autosport Awards and realising how big the motorsport community is. To win the championship twice was a good achievement. I got my love back for motorsport, winning races - sometimes losing - but it's been great and I hope it's just the beginning."

Leclerc was nominated for his victory in Ferrari's home grand prix at Monza, while he also featured in Verstappen's highlight - when he overtook the Ferrari driver in a last-gasp move at the Red Bull Ring. Rins was nominated for a similar reason, his late move on MotoGP champion at Silverstone in the British Grand Prix.