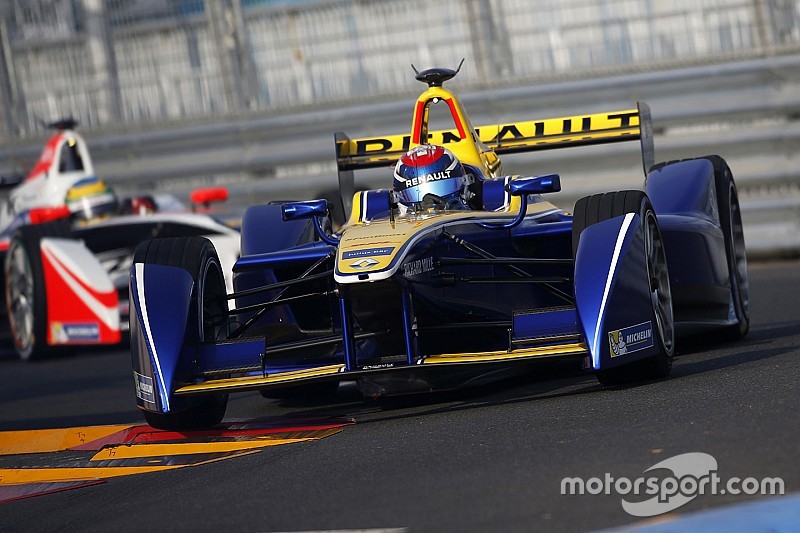 Alain Prost: "The new powertrain from Renault seems to work really well with the battery and the chassis, and we know that our drivers have the ability."

Alain Prost: What a great way to start the championship. Both Sebastien and Nicolas did a fantastic job throughout the whole weekend, which was rewarded with a brilliant result at the opening race of the new season. And I really think we were in with a chance of a double podium if we hadn’t had the rear wing failure on Nico’s car.

Jean-Paul Driot: Absolutely, both drivers performed superbly all weekend and it was a real shame for Nico that his race was cut short. Obviously it was the right decision from the race stewards to bring him in and as Nico said himself, these things happen in racing. It seems that something came loose on the rear wing and the vibrations of the track eventually led to a failure. Of course, we haven’t been able to test with the Z.E.15 on a bumpy street circuit until Beijing. But it is certainly something we will look into as a team to ensure that is doesn’t happen again.

AP: When we have a setback like this, it’s important to look ahead to the next race and come out fighting. We know that we have the pace especially after our performance during qualifying, which resulted in an all-Renault e.dams front row for the start of the race. The new powertrain from Renault seems to work really well with the battery and the chassis, and we know that our drivers have the ability.

J-PD: It was very important for us to keep continuity within the team and, following our success in Beijing, this is obviously something that worked well for us. The result has set us off on the right foot for the beginning of the season and we hope to build on it in Putrajaya.

AP: Of course we have to be careful not to become complacent. Although we had a very good weekend in general there’s no reason for us to have such a big gap from the other teams like we seemed to have in qualifying, and I’m sure the rest of the field will come back next race even stronger.

J-PD: The victory last weekend has given the entire team a boost, but we must continue to work and improve ahead of the next race in Malaysia where we hope to bank some more championship points early.

Round 2 of the FIA Formula E Championship, the Putrajaya ePrix, takes place on November 7.

Renault at a loss to explain Prost wing failure