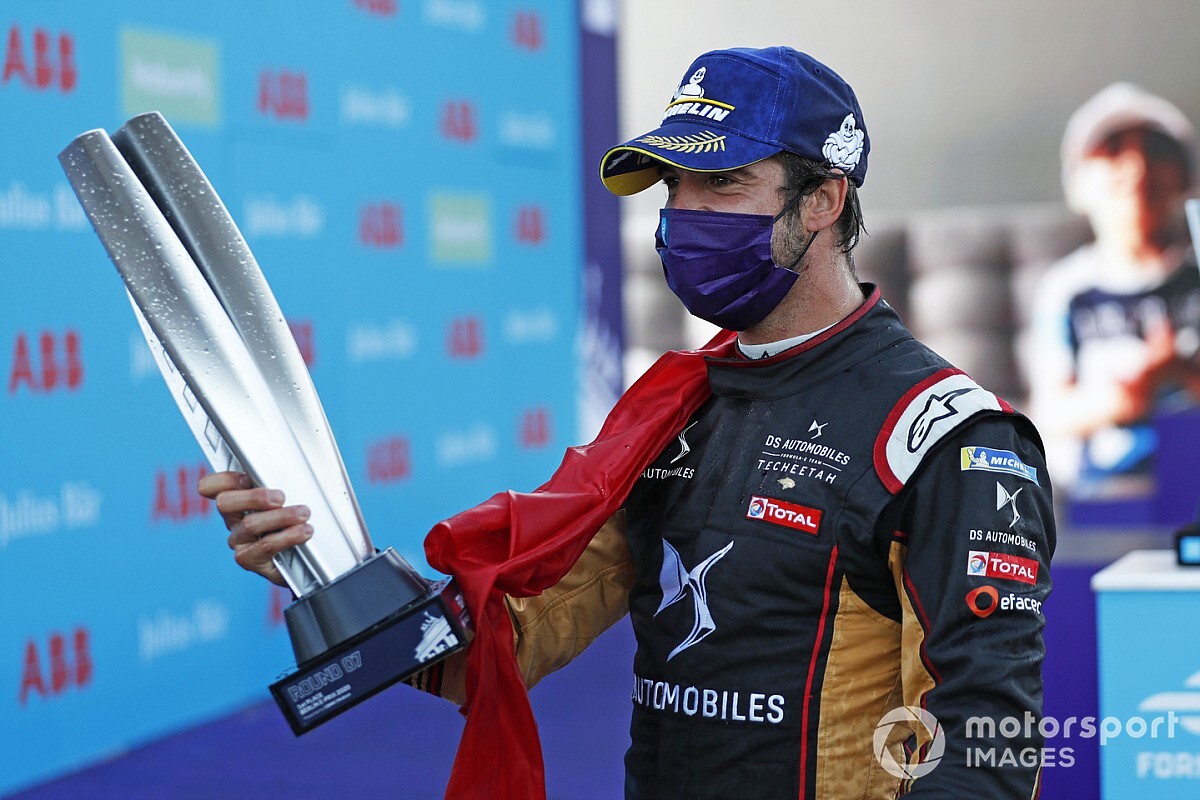 Antonio Felix da Costa remained unchallenged by Sebastien Buemi for the duration of the second Formula E race in Berlin to increase his championship stronghold to 68 points.

A superb start from Nyck de Vries in fourth allowed the Mercedes driver to attempt a pass on Alex Lynn’s Mahindra into Turn 1, which forced Buemi to defend second position.

That permitted da Costa to escape to the tune of 0.8s at the end of the first lap, but the gap stabilised around 1s in the early phase as da Costa held a 1% useable energy advantage.

On lap nine, Buemi picked up his first of two attack modes but found his boost briefly neutralised after a full-course yellow that was deployed to collect the front wing from Guenther’s BMW Andretti car.

Two tours later, Sam Bird also shed his bodywork down the start straight to bring out another full-course yellow, as Buemi’s four-minute power hike ran out.

A third and final full-course yellow was waved on lap 16 after de Vries retired exiting Turn 1 - and he remains under investigation for getting out to push his own car off track.

This dropped Buemi 2.1s off the tail of da Costa as he locked the brakes when the speed limit was imposed and over-stopped his car to fall back.

As green-flag conditions returned, da Costa - then the only one of the top five in the championship to run in a points-scoring position - triggered his first attack mode.

Combined with a second activation, fanboost and fastest lap, he checked out at the front to win by 3.09s over Buemi for his third FE victory in succession

Di Grassi was 5.1s in arrears of the Nissan e.dams, having been run close by the Envision Virgin Racing car of Frijns to the chequered flag.

Mercedes' Stoffel Vandoorne mounted an incredible comeback drive from 13th, which was crowned by a stunning double overtake on Bird and Oliver Rowland (Nissan) around the outside into Turn 6.

Behind Vandoorne’s two beaten rivals, Edoardo Mortara took the Venturi to eighth ahead of the Porsche of Andre Lotterer.

Jean-Eric Vergne was a disappointing 10th, having lost two spots from his grid position, which was compounded by a return of his late-race rear tyre wear.

With Jaguar driver Mitch Evans 12th behind Lynn and a torrid day for BMW Andretti - Sims recovering from a pitlane start and a drive-through penalty for a battery change to 20th, and Maximilian Gunther pitting 11 laps from home - da Costa has started to check out in the points race.