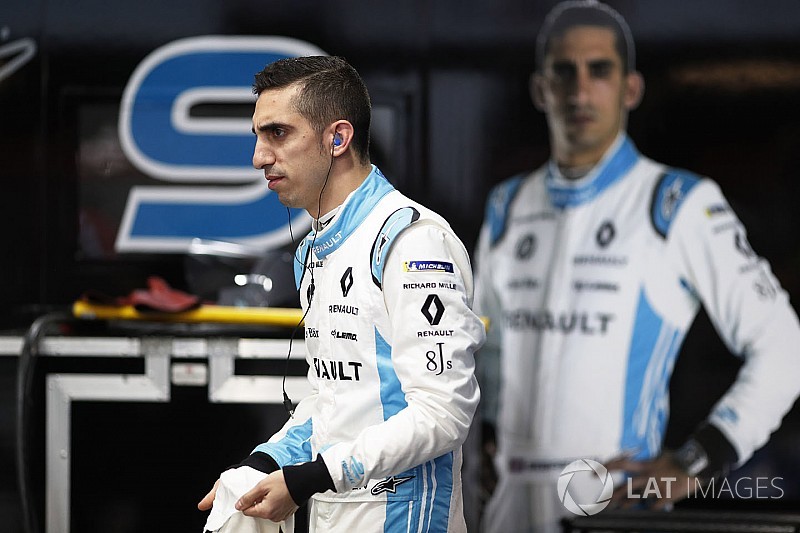 Buemi tried to pass di Grassi for sixth into the Turn 1 hairpin but the Audi driver turned in with Buemi still on his inside, and the two collided.

A few laps after the incident di Grassi retired with right-rear suspension damage that the team initially suspected was from the Buemi clash, but turned out to be from an earlier bit of contact between di Grassi and his teammate Daniel Abt.

Renault e.dams driver Buemi said he was “more than happy for him to close the door” but believes di Grassi should have ceded the position once they got to the corner.

Buemi told Motorsport.com: “Once you are there, it’s difficult for you to continue to close. Then you’re going to end up having contact at some point.

“What I tried to do is try and go as close as possible to the wall, but if he keeps going then either I go in the wall or I touch him.

“The corner is very tight, but I am there, you cannot just do the corner – and he just does the corner. He turns. So I end up pushing him and damaging both cars.

“If I’m beside you it’s a bit difficult. What should I do? I cannot do anything. I managed to overtake him, but I just found it [the defence] a bit too hard.”

Buemi, who went on to finish a point-less 13th after a car shutdown dropped him out of a certain top-five result, suggested di Grassi squeezed him against the wall.

“I tried to go as close as possible to the wall but he keeps coming until there is no more space,” he said.

Di Grassi damage caused by Abt, not Buemi

Di Grassi confirmed the wishbone damage that wrecked his race was picked up when he attacked Abt on the outside of Turn 2 at the safety car restart.

“Daniel braked down the inside I went to the outside and we just touched the wheels very briefly,” di Grassi explained.

“That was enough to bend my suspension completely. That was why I was already slow and Seb was attacking.

“Seb went on the dust and braked very late. I tried to keep my position, we touched, but there was no extra damage on my car.

“If the suspension would not have broken we would have restarted in a good position to fight back.”