Buemi needed 'one fewer problem' to be Formula E champion 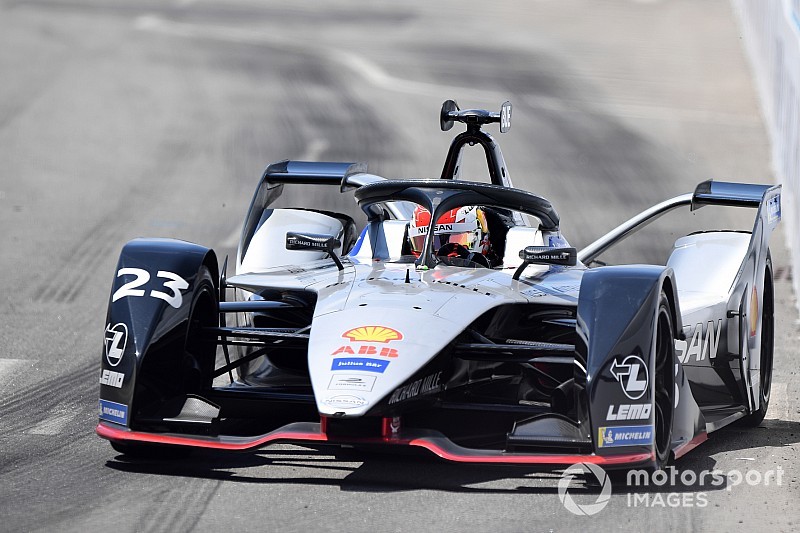 Sebastien Buemi believes 'one fewer problem' during his campaign would have been enough for the Nissan e.dams driver to win the 2018/19 ABB FIA Formula E Championship.

Buemi ended the season second in the points after outside title contenders Mitch Evans and Lucas di Grassi collided moments before the 2015/16 FE champion sealed third place in the finale, a day after his first win of '18/19.

The Nissan team has been affected by its controversial twin-motor powertrain that will be banned in 2019/20 and Buemi's difficult three-race run in Santiago, Mexico City and Hong Kong proved costly as Jean-Eric Vergne won the '18/19 title by just 17 points.

Buemi sealed pole in Santiago - his first of three in 2018/19 - but crashed out from the lead in an incident he claimed was not his fault, before the blow of an energy miscalculation in Mexico and retirement in Hong Kong with suspension damage.

The Nissan driver qualified inside the top eight at every race and finished outside the top 10 just once after Hong Kong, and Buemi rued fine margins in 2018/19.

"I’m quite amazed that I finished P2 [in the championship], [it's the] third time I’ve finished P2, three times P2, one time P1, and one time P4, so I think it’s a good ratio at the end," Buemi told Motorsport.com.

"A bit disappointed with all of the DNFs that I had, if you look at my qualifying average, [it's] by far the best.

"I feel like I should have had a proper shot at it [the championship], clearly with all of the problems we had, one less would have been enough to win [the title].

"It’s like that, it’s motorsport, you have to accept it."

Buemi had hounded polesitter Alexander Sims in the early stages of the New York decider as he sought to follow up his Saturday win with a second victory in as many days.

But Buemi fell back to third after eventual race winner Robin Frijns recovered from falling behind the Nissan driver at the start with a dive past at the left-hander of Turn 1.

Buemi admitted he could have defended more strongly against Frijns.

"No, he [Frijns] did a good job, it’s my fault, I should have closed the door more," said Buemi.

"I was a bit scared to go in the dust [off-line] as much, then it’s really bad. I could keep him behind for a while, but I was really bad in the last corner.

"My car is really heavy at the back, I couldn’t carry the speed out of the last corner, it always gave him an opportunity to pass me - that time, I didn’t do so well.

"A bit disappointed on that move, I was a bit scared he would have tried really hard [to pass] and had contact [with me] if he had stayed behind, which would have not been good for me in the championship. But I gave him the room, it’s my fault." 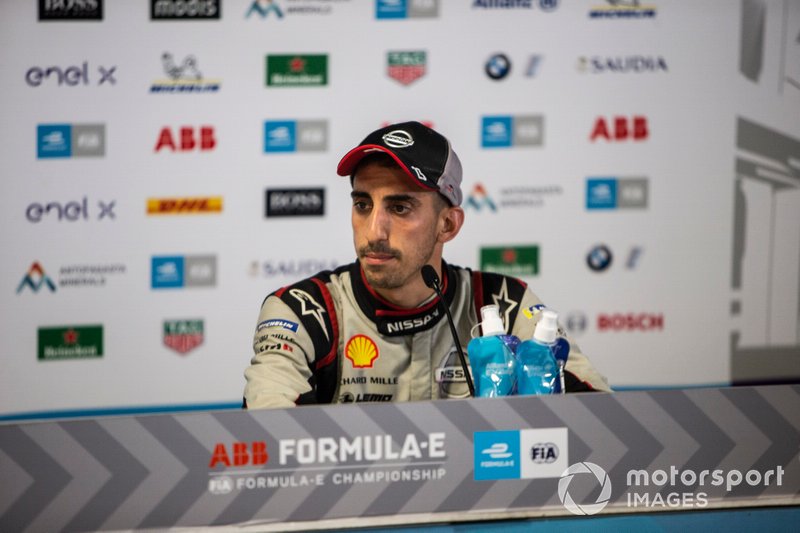