Nissan e.dams has announced that Sebastien Buemi will stay in its ABB FIA Formula E line-up alongside Oliver Rowland ahead of the 2019/20 season. 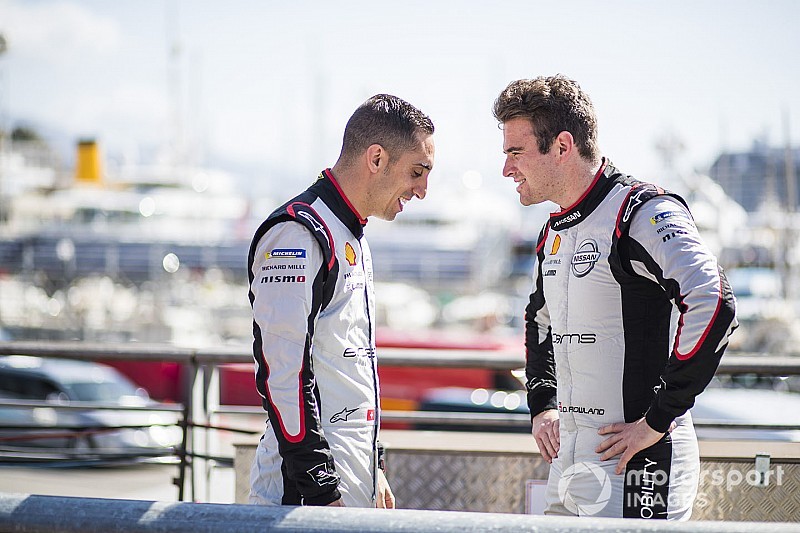 He signed a two-year contract extension towards the end of the 2016/17 campaign, which covered the first season of Nissan taking over as e.dams' manufacturer partner in 2018/19.

The double Le Mans and World Endurance champion with Toyota had been thought highly likely to stay with the team but there was a degree of uncertainty caused by the clashes between the 2019/20 FE and WEC calendars.

Two clashes remain and while further changes to the FE schedule are expected, it is understood that in the event of a situation where the two series run on the same weekend, Buemi's Toyota LMP1 contract takes precedence.

When asked for clarification on this situation by Motorsport.com, a Nissan spokesperson said: “Seb is waiting for the final calendar to be confirmed.”

"We had good pace in season five, and I hope to build on that momentum," said Buemi.

"There are some new manufacturers joining in season six, but we have much more experience now as a team, and that's going to make us more competitive.

"Having Oliver return as my teammate will be great. Continuity is important; we already have a year of experience working together, so that will be a huge help. Oliver was very strong last year. I want to beat him, but we need both drivers to be fast to help drive the team forward. Having a fast teammate makes me a better driver."

Rowland will continue for a second season with Nissan after he joined the team for the final day of 2018/19 pre-season testing following Alex Albon leaving to join Toro Rosso in Formula 1.

Rowland is understood to have signed a contract that covered the 2019/20 season subject to his performance in his rookie campaign.

"I had a great first season, but now it's time to prepare properly for my second year and come back even stronger," said Rowland.

"I came into season five with very little experience, but I think I adapted quite well. I felt very comfortable on the team, and I had a lot of support from everyone.

"My first season with Seb was terrific. I learned a lot from him. I hope we can both push each other and push the team more. I'll also have a lot more time to prepare and work with the team to understand how to get the car even more to my liking. I think it'll make a big difference. I want to be even more competitive this season and start winning races."

Nissan finished its first FE season in fourth place in the teams' championship, with six poles and one win, which Buemi scored at the final round of 2018/19 in New York.

But the manufacturer's first campaign also featured a saga over its twin-motor powertrain that led to the FIA banning such approaches and leaving Nissan with a limited time to adapt its technology ahead of the new season.

"Sebastien's run to second place in season five, and his attitude as a team player, made him an easy choice for our season six lineup," said Michael Carcamo, Nissan's global motorsports director.

"Oliver proved to be a very fast learner, and we quickly got used to seeing his name at the top of the time sheets. There's no doubt we have an outstanding driver combination."

Berlin E-Prix: Rowland on pole as leaders fail to set a time