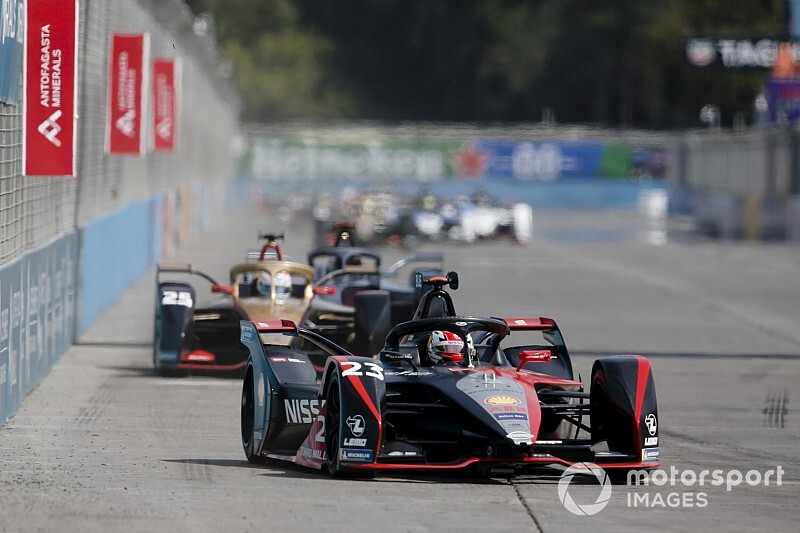 After he left the season-opening races in Riyadh without scoring, Buemi qualified sixth from the final qualifying group and finished seventh on the road after an up-and-down race in the Chilean capital.

But he received a converted drive-through penalty for breaching Article 3.1 of FE's sporting rules – because his "power out of [the battery did] not respect the homologated throttle pedal map giving the power (Pedal, RPM)", per the relevant FIA bulletin – adding 30 seconds to his race time.

The penalty dropped him to 13th in the final results.

"[I was] disappointed to get the penalty because I finished seventh in the end," Buemi told Motorsport.com.

"It was a bad race, we had lots of issues and one of the regen paddles of the steering wheel basically broke in two pieces.

"I lost three positions because the regen paddle got stuck. And because of that I power exceeded [and got a penalty]. So, I lose three places, the steering wheel breaks, and I have to survive the rest of the race.

When asked what had caused the paddle to break, Buemi said: "I think it was maybe a bit old or maybe the stopper was maybe not there.

Buemi led much of the 2019 Santiago race from pole position before he crashed out, and he says his lack of progress up the order in the '20 event was due to losing out at the start and the Nissan squad running "on an extra lap [energy target] compared to the others".

"So, once we decided to remove a lap, it kind of got better," he added. "Until then we were very slow obviously."

Buemi recovered from a low-key start to his 2018-19 championship to eventually finish second in the standings behind Jean-Eric Vergne, but a year later he remains on zero points after three races - 15 behind his total at this stage last season.

"It's bad," Buemi said of his current championship position.

"I'm very disappointed because even P7 kind of had to be you know, to go away with six points. But it's like that. We move on, we go to the next one and we'll see."