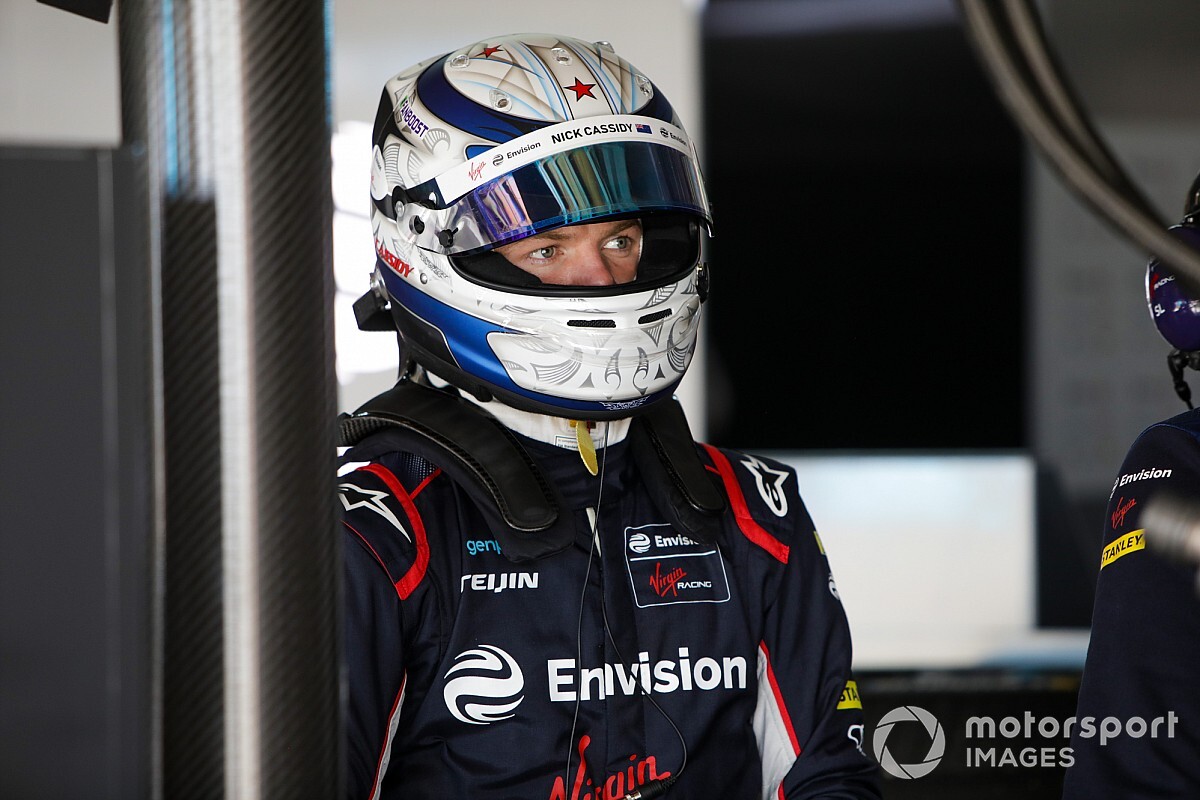 Any Formula E team would be “super lucky” to have Nick Cassidy drive for them, according to Cassidy's former teammate and current DS Techeetah test and reserve driver James Rossiter.

Cassidy, a champion in SUPER GT and Super Formula, got his first FE run in the Marrakesh rookie test and was quickest by nearly half a second for Audi customer team Envision Virgin.

Cassidy has previously declared his interest in competing in FE, and Rossiter – who is involved in the management of DS Techeetah in addition to his test/reserve role – says he can easily see the Kiwi on the grid.

“Oh man, it's great to see Nick here,” Rossiter told Motorsport.com of Cassidy's rookie test outing. “He's a kid that came to drive for TOM'S in Formula 3, and came and slept on my sofa in Tokyo and stuff like that - I have a great relationship with Nick, he's an amazing guy.

“Obviously teammates with him in Super GT for a few years, we have a good friendship, and he deserves a shot really, I think, to race here. What he's achieved in Japan has been absolutely incredible.

“I think the world should really take more notice of what he's achieved at such a young age [of 25] - to achieve the Triple Crown of Japanese motorsport [winning Japanese F3, Super GT and Super Formula], it's really really difficult, I can definitely vouch for that.”

Asked whether he could see Cassidy become a hot property in the FE paddock, Rossiter said: “ I think that any team would be super, super lucky to have Nick drive for them.

When Rossiter's words were put to Cassidy, he thanked his ex-squadmate for the compliment, but was non-committal over whether his strong test showing made an FE future more likely.

“It's so different to what I have been doing. For me, I was interested myself how I'd adapt, but it seems like that wasn't a problem. For the future, let's see.”

Regarding his last-gasp 1m16.467s effort, which left him with a substantial gap out front and stands as the Marrakesh FE lap record, Cassidy said: “To be honest, I'm used to categories that have massive track evolution at the end of the session, so I saw the laptime, I knew it was a really good lap, and I was very happy with it, however I just expected everyone else to improve as well.

“So it wasn't until I saw the timing and it was all done, it was kind of like 'wow, that's a fairly good gap'.”