Changes to the Formula E regulations - designed to offset the impact of COVID-19 - could hand the top two teams in the championship an advantage, according to team bosses. 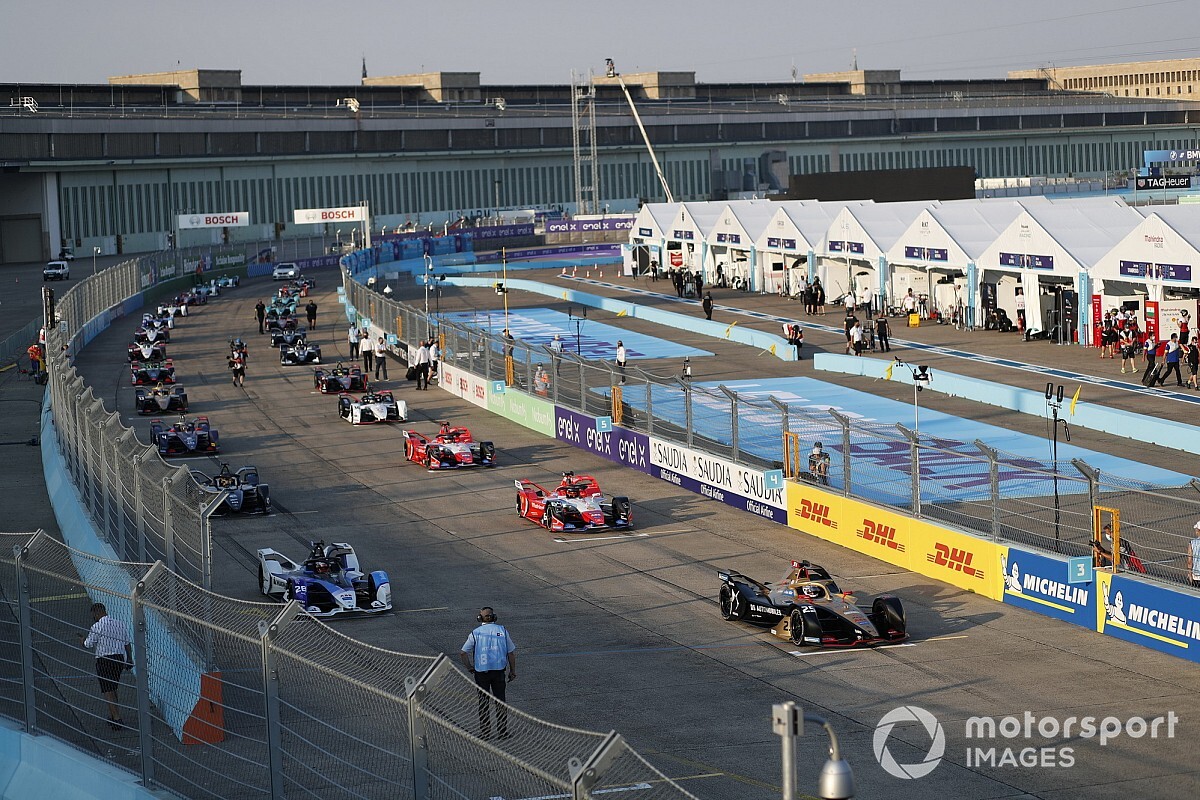 For the 2020-21 season, the FIA and FE amended the homologation rules to factor in delays to supply chains that have resulted from the global health crisis.

This has allowed DS Techeetah and Nissan e.dams - who finished first and second last year - plus Dragon Penske Autosport, to delay the introduction of their new cars.

All three teams will start the new campaign with cars carried over from last year, before introducing their new powertrain after 5 April - the revised homologation window.

The remaining nine teams have all homologated a new car to be used from the first race.

When this amendment - agreed to by all 12 teams - was first signed off, the provisional calendar for the 2021 FE calendar featured five races before the 5 April cut-off.

However, due to the ongoing impact of the pandemic, only the Saudi Arabia double-header night races are scheduled to take place before this date.

With three fewer races for DS Techeetah, Nissan e.dams and Dragon Penske Autosport to contest with their old cars, team bosses reckon this has handed them an advantage.

"No criticisms there. If anything, that's been really helpful for everybody. Potentially up to five races would have happened and that was in our plan at the time when we made our decision [to homologate the car in time for the first race].

"It definitely hands a small advantage to those teams who have gone for the second slot. Quantifying that is hard to say. We'll find out. It's definitely less than ideal.

"The challenge is now [to identify] what the scale of that advantage is and whether that's something that's going to be looked at in detail from the FIA."

Motorsport.com understands that timings for the revised homologation cycles were originally based on how many races teams would contest with their old or new powertrain.

While the 5 April date remains, teams are waiting to hear if the slot will change.

Audi team principal Allan McNish added: "We don't think any of the manufacturers that opted for the second slot where picturing it as anything apart from than what they needed to achieve at the time.

"Now clearly, it looks as if it could have fallen into their hands a little bit. Sporting-wise, it definitely wasn't part of the planning.

"But I can see how it's happened and can understand how it's happened. We've got to make sure nobody, due to something that was done for the correct reasons, has either a loss or a gain out of it. We need to make it as neutral as possible."

He told Motorsport.com: "We chose the [second] slot just because of the COVID situation, which had brought some uncertainties into supply chains, timings and everything.

"Sometimes things come to you rather than you doing anything majorly deliberate. We did what we thought would be best and signed that off quite a long time ago.

"Maybe it could work to our advantage."

Santiago E-Prix set to be reinstated on Formula E calendar