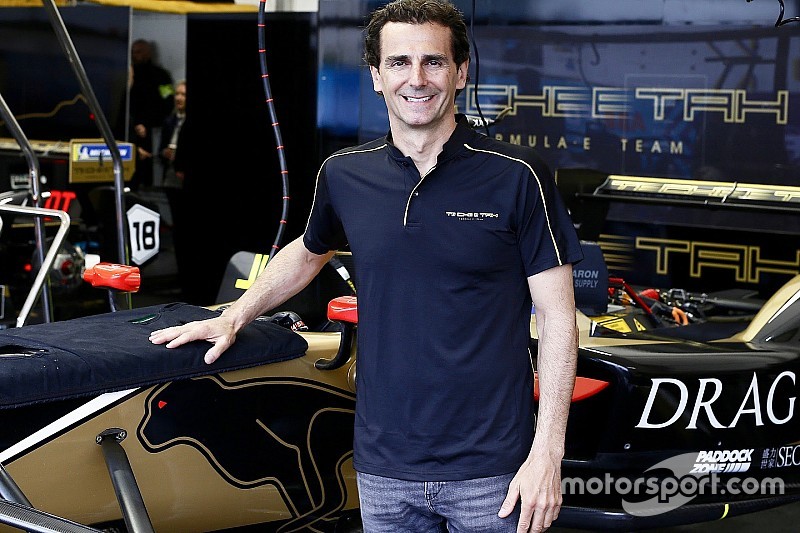 The former Arrows, Jaguar, McLaren, Sauber and HRT Formula 1 driver will join the team ahead of this weekend's race in Rome.

Techeetah fields current FE championship leader Jean-Eric Vergne and triple Le Mans winner Andre Lotterer and scored the first ever one-two in the electric championship's history at the Santiago round of the 2017/18 season.

"I'm absolutely delighted to have been appointed as Techeetah's sporting and technical advisor," said the 104-time grand prix starter.

"The team has had a great start of the season and are currently leading both the teams' and drivers' championships.

"Nonetheless, there are a number of areas to improve and as a team – we never under estimate the opposition or the challenges that lie ahead.

"I'm looking forward to applying my experience and technical expertise at Techeetah and to help give the team a competitive edge in the championship."

Techeetah managing director Ivan Yim, welcomed de la Rosa – the 1997 Formula Nippon and Super GT champion, who also worked as a Ferrari F1 test driver in 2013 and '14 – to the team and explained it was part its plans to expand.

"He brings a wealth of applicable experience and his appointment represents another step forward to strategically capitalise on our championship position," said Yim.

"As we continue to build our team and our positive progress, we are leaving no stones unturned to ensure that the team gets the best possible chance of succeeding, and Pedro will play a key part in this.

"We've made some big strides lately and we are in a very exciting position, not just on track, but also off the track.

"We will have some further commercial news to share in due course."