Nyck de Vries rued a lack of race pace in his Mercedes Formula E car, falling into a "downward cycle" before his Rome E-Prix ended after contact with Pascal Wehrlein.

Having made it into the semi-final of the qualifying duels, de Vries was dispatched by countryman Robin Frijns en route to the final, but his lap was good enough to cement a third-place start.

The reigning Formula E champion was in contention for a podium early on, but explained that a lack of race pace beyond the middle period of the race eventually contrived to send him down the order.

Having got ahead of fellow Mercedes driver Stoffel Vandoorne at one stage to sit second, de Vries was re-passed by his team-mate and Frijns and continued to drop down the order - explaining that the lack of ability to build a break over the cars behind him left him vulnerable during the attack mode activations.

"We were trying to hang on in front, but the truth is that we didn't have the pace," de Vries explained to Motorsport.com.

"I felt like we did an alright beginning of the race in terms of start, positioning and restarts, and we put ourselves in the right position.

"But ultimately you need the pace to execute and unfortunately we didn't have that.

"When you're struggling for pace, you're spending more energy and the tyres are overheating and you basically go into a kind of downward cycle.

"In the mid-race you can still kind of get away with it, but then you get the pressure from behind and then someone behind you smells blood and they take you one by one.

"You don't have the sufficient gaps to go for the attack modes and basically you're just on the back foot - and that's simply what happened." 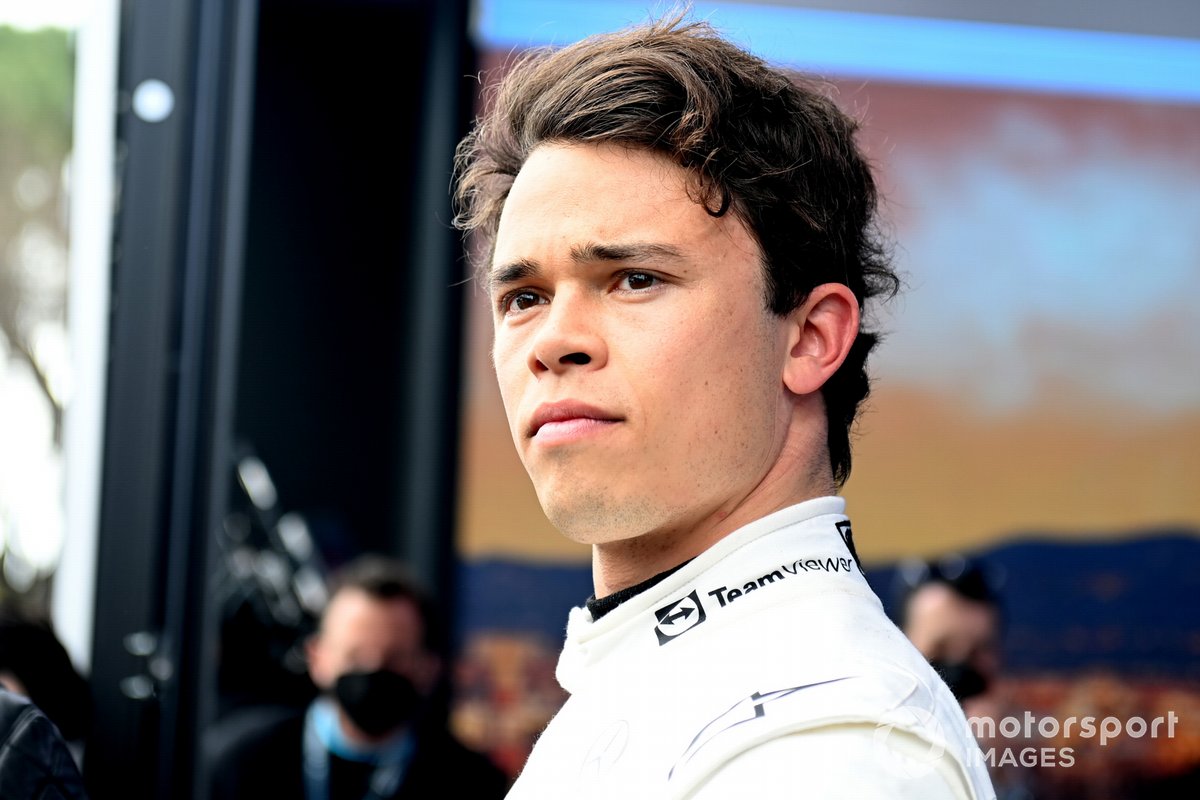 De Vries explained that he was attempting to recover a position from Wehrlein having dropped behind the Porsche driver, but contact between the two at Turn 7 left the Dutchman with his steering out of kilter - which proved terminal to his race.

He has since been handed a three-place grid penalty for Sunday's race following the incident.

"In Turn 7 I tried to take Pascal, and on the second attempt and I went for it and he closed up," he said.

"And in the [corner] entry we touched together and in the wall. My steering was bent, so I tried to complete the lap but for me it was too bent to really continue."

Wehrlein reckoned that the contact with de Vries cost him an opportunity to move up to seventh, having dropped back behind the leading pack, leaving Edoardo Mortara's five-second penalty for contact with Oliver Rowland - precipitating in a lap one pile-up - to allow the Swiss driver to only drop down one place.

"Well, I would have been closer [to the front-runners] but I got spun around by de Vries in the end," Wehrlein recalled.

"So otherwise I would have been one position further ahead. But yeah, that's what it is."

Sergio Sette Camara will move to the NIO 333 squad for the 2022-23 Formula E season, departing the Dragon Penske squad after two-and-a-half years at the team.