Nyck de Vries has praised Formula E's halo after submarining under Sebastien Buemi's Nissan in the Seoul E-Prix's opening lap pile-up, suggesting "I would be even smaller" without it.

The lack of visibility and grip into the Turn 20-21 right-hander caught a number of drivers out on the first lap of the race and led to them hitting the wall, with de Vries skittering into the path of Buemi - who had already crashed ahead of him.

The Mercedes then lifted Buemi's car and slotted underneath, with the halo holding the Nissan away from de Vries' head. There was a clear slash in the nose of the Dutchman's car, but de Vries was kept out of harm's way through the multiple safety devices on board the car.

De Vries suggested that the accident looked scarier than it was, and says he was not moving particularly quickly when he went into the back of Buemi's car.

"Thank God, we have the halo, although I think it looked scarier than it was," the 2021 series champion told Motorsport.com.

"Actually, it was quite slow. To look at the video, it actually almost looks like it's in slow motion. Tricky conditions, very poor visibility.

"And you know how it is, you see so little you judge your kind of braking point on the cars around you.

"I'm not putting the blame on them, obviously, it's my responsibility. But I think everyone just got caught out by it, simple.

"When you go subtly offline [at Turn 20] there's just zero grip, and you hit this concrete patch with a manhole. And that's enough.

"But yeah, I think everyone was just a bit late on brakes, and unfortunately that was the end of our race." 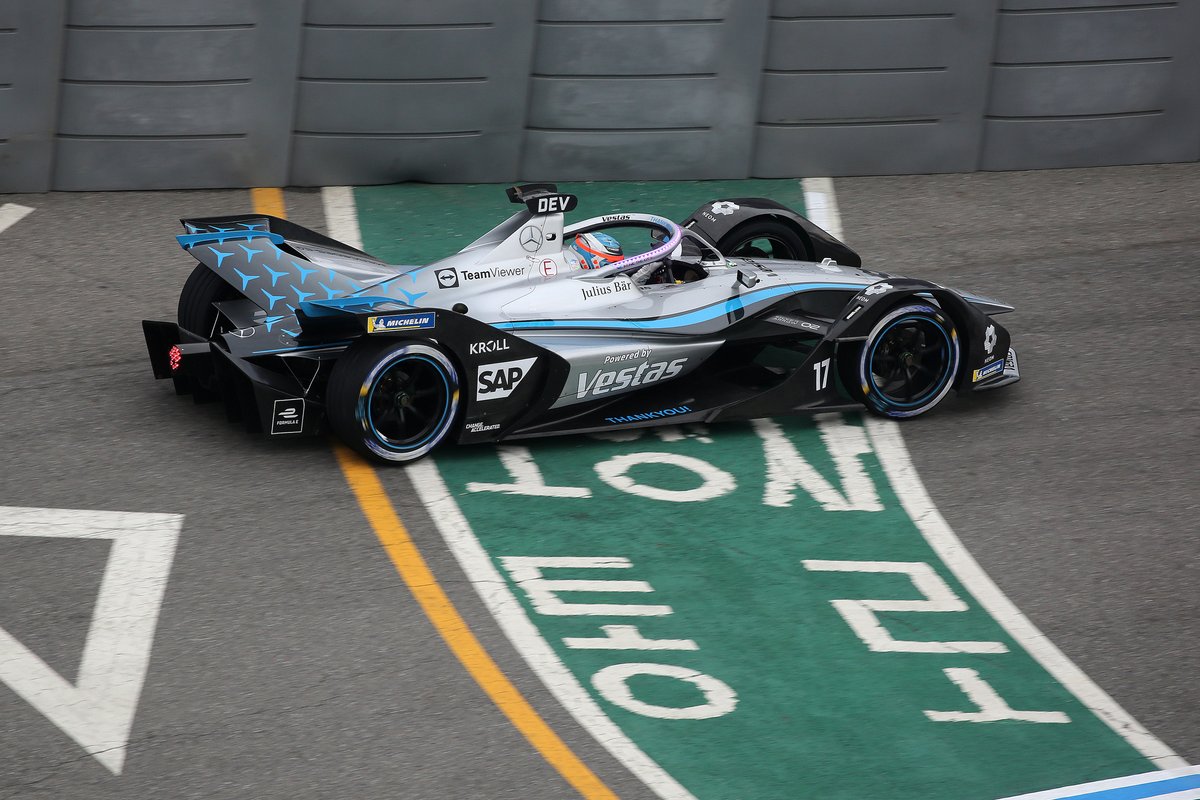 When asked if it was a little bit too easy for the outgoing Gen2 Formula E cars to dig underneath another car in front, de Vries largely agreed, but he stressed that he did not want to criticise the design of the car - and was simply happy to have the halo in front of him.

"Who am I to judge? I'm not part of the design group nor the committee that collaborates with the designers to design something like that," he said.

"It's true that without the halo, I would have been even smaller than I am. I went, you know, quite deep. So let's make it funny, you know, rather than cry.

"Luckily, we had one and it saved me. But I agree, it's probably too easy for the cars to kind of tag into each other.

"But again, what am I going to say about it?"

NIO 333 has set its aims on becoming a top-three Formula E team by the 2025-26 season, and is "quietly confident" of its Gen3 package for the upcoming season.