Dennis knows he has to earn post-BMW FE stay

New BMW Andretti recruit Jake Dennis says he is aware he needs to make a quick impact in Formula E to extend his stay in the series beyond the German manufacturer’s exit at the end of the 2020/21 season. 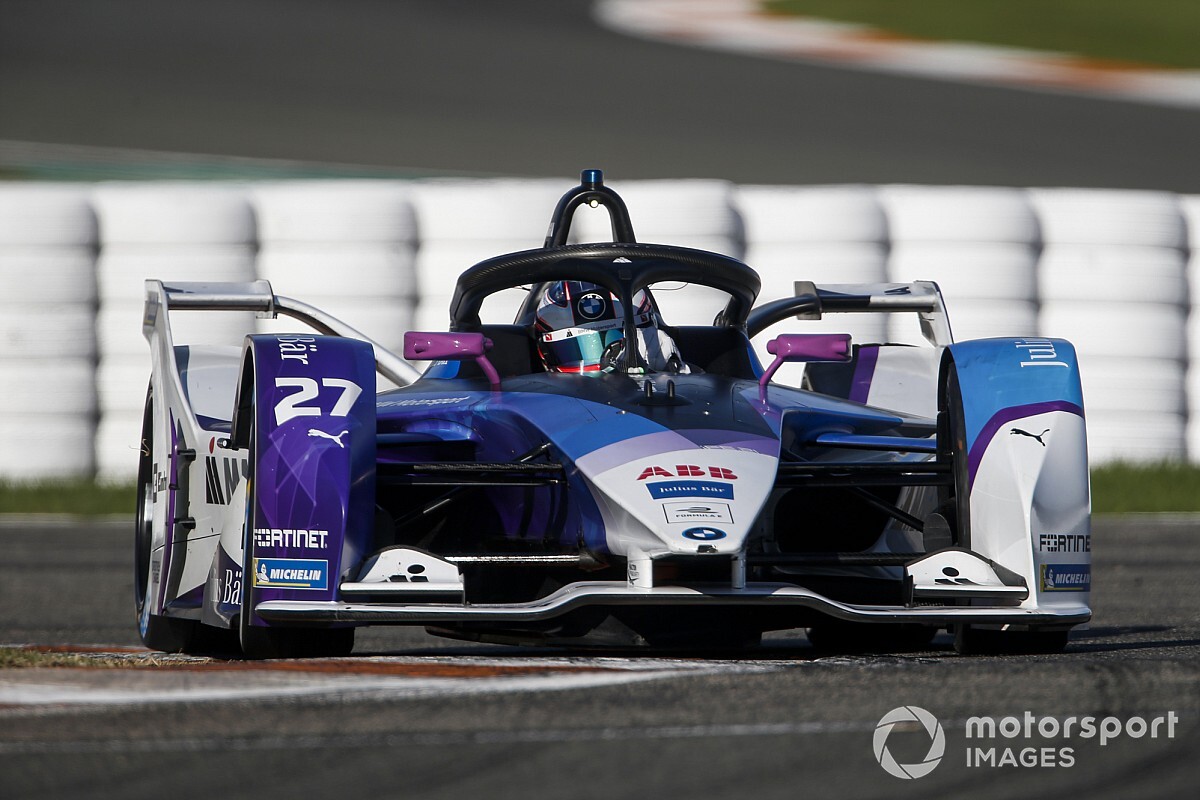 However, days after the completion of the official pre-season test at Valencia in December, BMW announced that it would pull out of the all-electric series after the current campaign, joining rival marque Audi in departing the category.

Dennis admitted in conversation with Motorsport.com that he was "shocked" to hear of BMW's exit before even having made his race debut for the team.

But the Briton says he is targeting a long-term future in the championship, with his eyes set on securing another seat at the end of BMW’s tenure in 2021.

"I was disappointed to be honest," Dennis recalled. "There's no hiding that. I was shocked. But we move on and we keep focusing on the job.

"I want to continue my career in Formula E for sure, and hopefully Andretti will continue to stay in partnership with Formula E. We are not sure what will happen [to the team] yet.

"I just need to focus on my job for this year and by the time it comes to August, when the season is finished, hopefully I’ve done a good enough job to continue my career in Formula E.”

Andretti, which has been present in Formula E either as a privateer or a works team since the series’ inception in 2014/15, has already made it clear that it would like to extend its tenure in the category after BMW’s exit.

The two parties are already in talks to secure a powertrain supply on customer basis in 2021/22, the last season under the current Gen2 rules cycle, although Andretti is also open to forming an alliance with another manufacturer.

Dennis is confident that Andretti could be competitive in Formula E with a customer powertrain should it remain in the series beyond the current season, buoyed by Envision Virgin Racing beating its supplier Audi in last year’s teams’ standings.

Jean-Eric Vergne also won the 2017/18 drivers’ title with Techeetah when the team was a customer Renault powertrain user, before the Chinese outfit tied up with French marque DS and became a factory team the following season.

“Obviously I think the customer powertrains are just as high level,” Dennis said. “I don’t think it makes too much of a difference.

“It’s obviously nice to be under the manufacturer itself, but at the end of the day it’s more software related things you can do rather than the actual powertrain itself. It’s not an issue at all in the future.”

BMW could continue to supply Andretti after Formula E exit