Di Grassi on turnaround: "We never gave up" 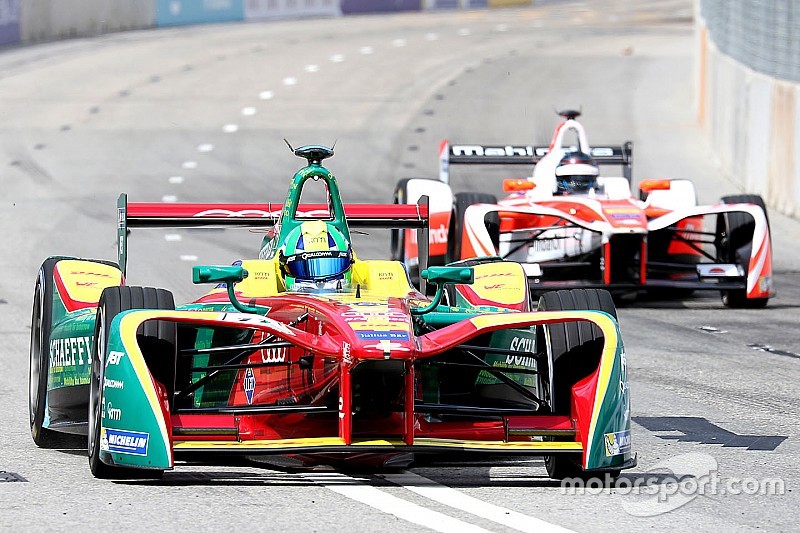 Lucas di Grassi put his remarkable second place in the Hong Kong ePrix down to the never say die ethos of his team – ABT Schaeffler Audi Sport.

The Brazilian finished second in Hong Kong despite starting from 19th on the grid, crashing on the opening lap and having to pit for a new nose section.

Di Grassi, who has finished a close second in last season’s championship, was able to maximise a safety car period and manage his energy in the second phase of the race to climb up the order to finish just two seconds behind winner Sebastien Buemi.

“To be completely honest it just shows that you should never give up and we never did,” said Di Grassi.

“I actually had a pretty good start and then Ma crashed in to somebody and then I crashed into the crash! So I broke the nose and had to pit.

"The team did a fantastic job (changing the nose) and I got on the lead lap which is good here as it is a short lap here.

“On the radio I was asking are we racing, are we going for fastest lap? My engineer said no don’t give up and keep pushing,” continued Di Grassi.

“The Safety Car came and it came early so we had nothing to lose. So I stopped one lap before Seb and then I had to conserve all this energy and that is why I had to use less and it was pointless fighting him because we had different targets at that stage.

“I just had to save [energy] and we did it but at the end on the last lap instead of the [chequered] flag there was just a last lap board and I wasn’t sure if we finished but I heard the team celebrating on the radio so I knew we had made it.”

Frijns: "I thought my weekend was over"