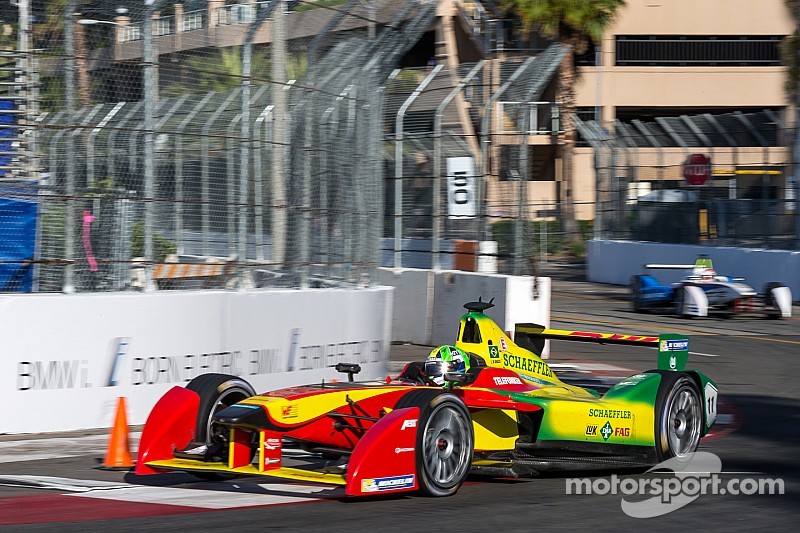 Sebastien Buemi was the first to lower the bar, the World Endurance Champion lapping his e.dams entry in 58.07s, which was far quicker than Nelson Piquet Jr achieved in the opening session.

But di Grassi then produced his 57.305s, to head the session by over three quarters of a second. Buemi remained second fastest, ahead of teammate Nico Prost.

"We are happy with the performance so far," said di Grassi. "We hope to have a good result, after the manufacturing problems we had in Buenos Aires and Miami."

Stephane Sarrazin was fourth fastest, ahead of first session shunter Daniel Abt.

The big news of the session was Jean-Eric Vergne’s large crash that has set him back somewhat. Vergne was passing di Grassi round the outside of a right-hander when his car snapped sideways and then slid backwards into the tyrewall, which flicked the left-front of the car into the wall too.

He was unhurt, but the double impact caused huge damage to the left side of his car, and his Andretti Autosport squad now faces a race against time to get it fixed with qualifying less than three hours away.

On other incidents, Vitantonio Liuzzi broke his left-rear suspension and crabbed back to pits, and Charles Pic’s Team China car ground to a halt.