NIO has revealed that Tom Dillmann will race alongside Oliver Turvey in the 2018/19 Formula E championship as the squad unveiled its NIO 004 Gen2 car livery on Monday.

Dillmann, who replaces the recently-dropped Luca Filippi, and Turvey unveiled the NIO 004 at a launch event held at the Copper Box Arena in London. NIO has also entered into a new partnership with technology company Acronis.

“I am delighted to be joining NIO,” said Dillmann, who has started 10 races with Venturi over the last two FE campaigns. “We have had some good test days, developing our new car and building our relationship.

“I particularly enjoy the competitive and professional atmosphere within the team and I can’t wait to start this new and exciting era in Formula E with NIO.”

Turvey, who held talks with the Nissan e.dams squad regarding a possible switch for season five, will continue to race for NIO, where he has raced since making his FE debut at the final round of the 2014/15 season when it was known as Team China Racing. 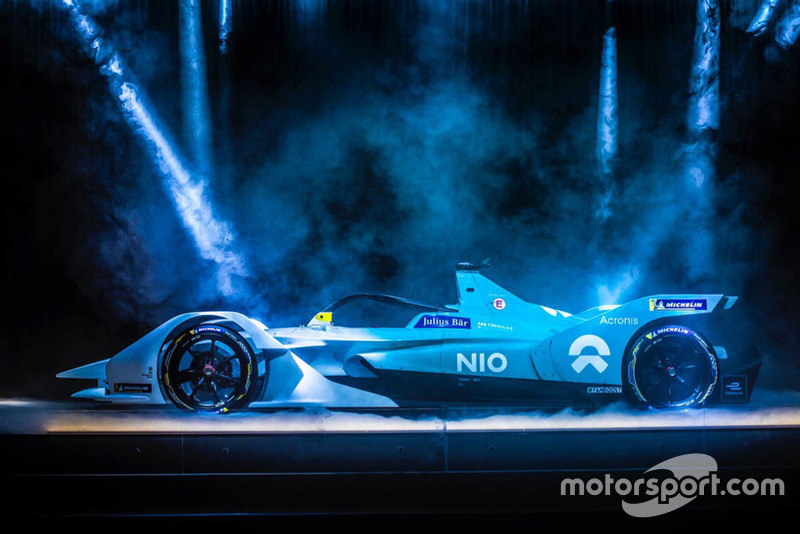 “I am delighted to be continuing to race for the NIO Formula E team, I would like to thank Gerry [Hughes, team principal] and everyone at NIO for their continued support,” he said. “Over the past three seasons we have grown together as a team, improving each season, and I was proud to be able to take our first podium together in Mexico City last season.

“I have fully recovered from my hand injury [sustained] at the final race in New York, although this limited the amount of testing I was able to complete over the summer. Despite not being able to drive in August, I spent time working with the engineers to support the development testing of the new Gen2 car.

“Due to my fast recovery, thanks to the experienced doctors and physiotherapists who have helped me, I was back behind the wheel during the September tests.

“The new Gen2 car feels fantastic, it is a clear step forward in terms of performance and efficiency.”

NIO finished eighth in the 2017/18 standings with 47 points, with all but one scored by Turvey. 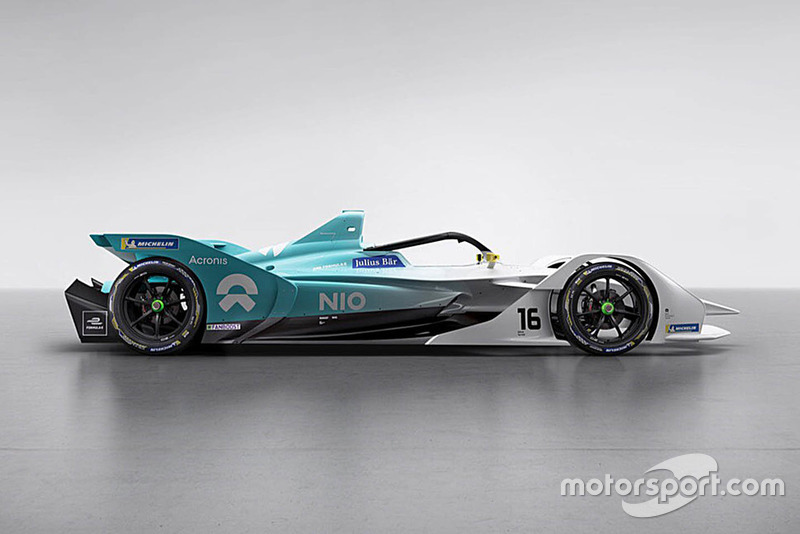 “I am very happy to welcome Tom onboard to the NIO team for the start of this new era of open-wheeled electric street racing,” he said. “We have been watching Tom for a while and since joining us for testing in the summer the whole team has certainly been impressed by his energy, work ethic and determination to succeed in this highly competitive championship.

“Tom and Oliver have formed a healthy working relationship and going into season five both the team and I feel that we have a formidable driver pairing with which to do battle on the world’s city streets.”