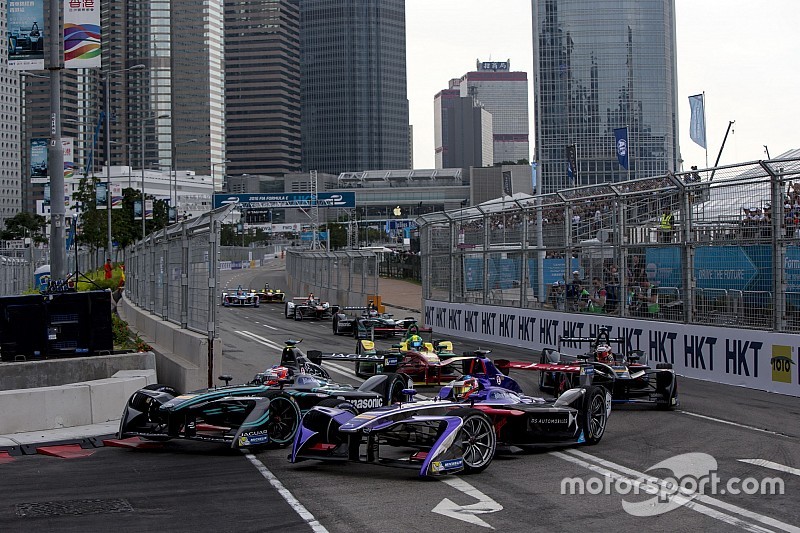 The three-month gap in Formula E’s season three calendar must not be repeated in future campaigns, according to some of the series' drivers.

The 12-week gap between the Marrakesh ePrix this weekend and the Buenos Aires event on February 18 is just a week shorter than the void between the end of season two in London and the opening event in Hong Kong.

This threatens to lose the series valuable momentum in global racing’s quietest period, which, according to Nick Heidfeld, is time Formula E should be taking advantage of.

“I think most people are agreed that ideally should have races with two or three weeks apart mostly,” the Mahindra driver told Motorsport.com.

“It is also a good time to have races now and in the next three months, as there is not much else happening. I think part of the original idea was to have races in this period but for whatever reason, this season we have this big gap.”

Jaguar driver Mitch Evans agreed with Heidfeld, stating that the focus on the FIA Formula E Championship should be consistent throughout the calendar.

“I would assume that the championship is probably going to try and change this and have a race December and potentially in January while most of the motorsport community is quiet so obviously a lot of focus would be on us,” said the New Zealander.

"It is going to be a bit strange [having the gap]. It’s the way it is at the moment and we just have to try and use it and digest everything from the first two races.”

Faraday Future Dragon racer, Jerome d’Ambrosio, who has participated in all of the Formula E races since the inception of the series, echoed the views of his fellow drivers.

“It is unfortunate, but it is not easy from the organisers point of view to fill in gaps at this time," said the Belgian. "You have to remember that this is still only the third season of the championship.

"We have some cool destinations on the calendar but for sure this gap will seem very long and, as we know in motorsport, momentum is very important. We need to find a fix and I know Alejandro [Agag] and his team will find one.”

During the post-Marrakesh break, Formula E drivers will attend the specially-organised eSports event, where they will fight for a $1m purse on a simulated track that includes part of the famous Las Vegas strip.

The context for the gap in the calendar is that the date for the Hong Kong ePrix was fixed from an early stage, and the organisers wanted a ‘top-heavy’ calendar that featured a quick succession of races in the spring and summer to finish the championship.

The season three schedule will see six dates from Monaco in May to the season finale in Montreal at the end of July, a period of just 10 weeks.

Motorsport.com understands that a January date for a potential third Punta del Este ePrix was initially discussed, but a decision was taken to pursue the Las Vegas initiative instead.